Discusses strategy to take on BJP in 2019 LS election. 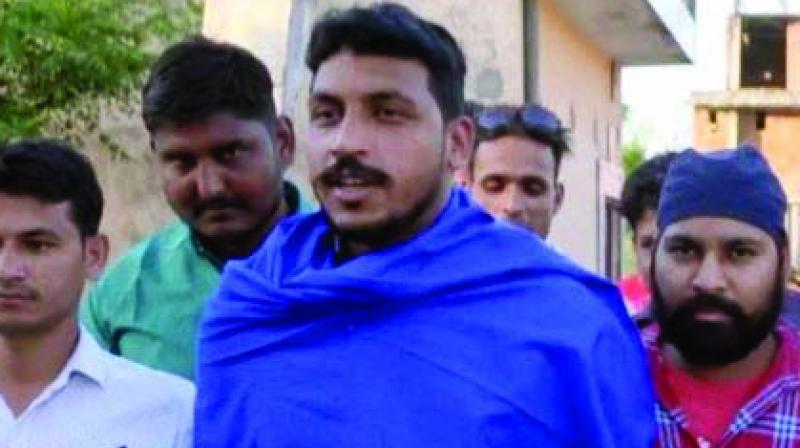 Throwing the BJP out of power in 2019 is the “sole aim”, a statement from Mr Gautam’s office said.

After being released from jail last week, Azad had said he would ensure the Bharatiya Janata Party is routed in the general elections.

Mr Gautam, who is the social welfare minister in the Arvind Kejriwal-led Delhi government, said that Azad’s support will be taken in the Lok Sabha polls for “protecting” the Constitution.

The meeting at Azad’s residence in Chhutmalpur village in Saharanpur lasted over an hour, according to the statement,

“People of similar ideology need to come at a common platform to fight the BJP in the 2019 Lok Sabha polls... The people of the country will oust Prime Minister Narendra Modi from power,” it said.

“Ousting the BJP from power in the 2019 Lok Sabha elections is the sole aim,” the statement quoted Mr Gautam as saying.

Azad was arrested from Himachal Pradesh’s Dalhousie in June last year in connection with the May 5 caste violence in which one person was killed and 16 others were injured at Shabbirpur village in Saharanpur.

The Allahabad high court had granted him bail on November 2, 2017. However, the police booked him under the stringent NSA days before his release.