The Central government should bring an ordinance to give relief to people from illegal sealing, Sharma said. 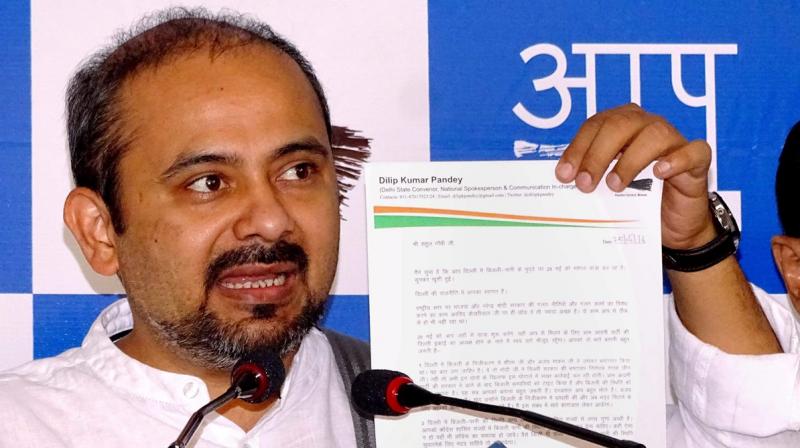 New Delhi: War of words between political parties over sealing issue in the national capital intensified on Wednesday, with the Congress and the Aam Aadmi Party (AAP) slamming Delhi BJP chief Manoj Tiwari for breaking the lock of a house sealed by the East Delhi Municipal Corporation.

The Supreme Court has issued a contempt notice against Mr Tiwari for breaking the seal of the premises which was being run in violation of the Delhi Master Plan, and directed him to appear before it on September 25.

The ruling AAP termed Mr Tiwari’s action “childish” while the Congress  asked how breaking of one seal will solve the sealing problem being faced by people across the city.

Both the parties challenged the Delhi BJP chief to ask his party’s government at the centre to come out with an ordinance to solve the issue, instead of indulging in “drama” over the “serious” issue.

The Delhi BJP chief has, however, said that he will be “lucky” to appear before the apex court to “expose corrupt officials” who played “havock” in the city in the name of sealing drive.

Senior AAP leader Dilip Pandey said, “The seal broken by Mr Tiwari in Gokalpur was later replaced by the municipal corporation and now he should tell the people what did he achieve through his childish act.”

He claimed that people were “angry” with the BJP and were looking for a chance to teach the party a lesson.

“The antics of Tiwari are not enough to save the BJP in the next Lok Sabha elections as his party at the Centre is not bringing an ordinance to save people from the sealing drive,” Mr Pandey told reporters.

Senior Delhi Congress leader and the convenor of “Nyay Yudh” campaign against “illegal” sealing, Mukesh Sharma, claimed that the BJP and Mr Tiwari were “rattled” by the agitation that was gaining ground and “wide” support of people for it.

The party has announced to hold a ‘Mahapanchayat — Hukke Par Charcha’ of 365 villages, at Rangpuri in South Delhi to decide its next course of action against “illegal” sealing.

The Central government should bring an ordinance to give relief to people from illegal sealing, Sharma said.