According to the Delhi police data, this year till July almost 18 incidents of snatching took place daily in the national capital. 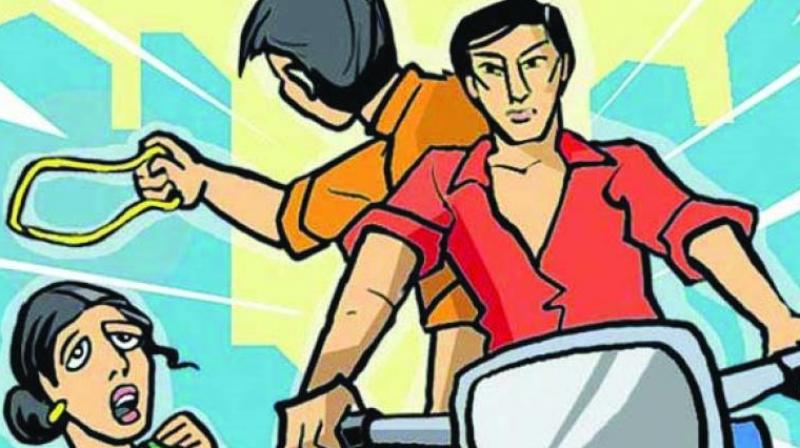 New Delhi: Hardly 1.8 km from the Supreme Court of India, solicitor-general of India Tushar Mehta’s wife, Aparna Mehta, faced the wrath of snatchers who snatched her mobile on Sunday night and mocked the law enforcement agency.

According to the Delhi police data, this year till July almost 18 incidents of snatching took place daily in the national capital.

According to a senior police official, Ms Mehta had gone out for a walk when two bike-borne assailants snatched her phone and fled away.

“A case has been registered at the Barakhamba Road police station and a probe has been initiated,” said the senior police official.
“The police teams are also scanning the CCTV footage of the area. The victim had said that there was no number plate on the alleged bike and the assailant’s faces were also not visible,” the official added.

However, the data available with the Delhi police shows that there were around 3,808 cases of snatching reported till July 31 this year as compared to last year, which were around 3,814.

According to sources, as cell phones are the easiest to steal, there is an organised chain of thieves and receivers across the city.
“Most of the thieves are in contact with engineers and technicians, who swiftly change the IMEI number of the phones to dodge police surveillance and ultimately sell them,” said the official.

Earlier, the media had reported several times that how an organised nexus has been operating in the national capital, which is capable of removing or replacing the international mobile equipment identity (IMEI) in the nick of time.

Once the IMEI is replaced with another number, the phone’s origin can never be traced.

Changing the IMEI number of high-end cell phones, especially Apple handsets, is not possible. The gang, therefore, used to smuggle these phones to the neighbouring countries, especially Nepal, to avoid IMEI tracing as there is huge demand for high-end phones there.