The bait for ensuring a large crowd is the “free drink coupon” distributed among customers and members of clubs. 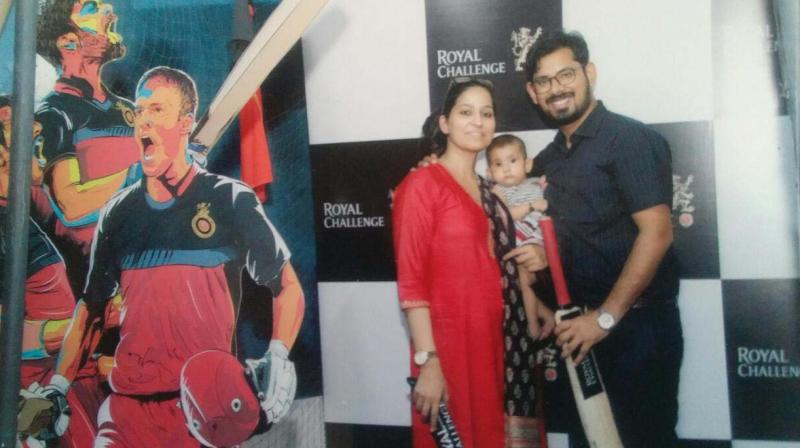 Baby Agafya with her proud parents at a makeshift studio for a family photo.

New Delhi: As a passionate cricket fan you may be feeling disturbed over the Indian cricket team facing rough weather in England. But regardless of the outcome of the tour, your cheers for Virat Kohli and his men before a large LED screen at a pub or a club are bringing a smile to the face of the liquor companies that sponsor public viewing of sports event in a new-found publicity strategy.

Whether it is the gentlemen’s game cricket, the Jakarta Asian Games or the just-concluded global FIFA World Cup, liquor brands have hit upon a successful formula to encash sports crazy Indians’ passion by offering freebies and organising contests and events that also boost their sales.

Domestic and global liquor companies, big and small, are trying to woo cricket fans in pubs, clubs, restaurants and hotels and, of course, through massive TV advertising in a surrogate manner. Their aim: Laugh all the way to the bank by riding piggyback on sports fans.

At outlets where there is high consumption of liquor daily, alcohol companies don’t miss any opportunity to use events like the IPL and international cricket matches and the FIFA World Cup, to popularise their brands.

The bait for ensuring a large crowd is the “free drink coupon” distributed among customers and members of clubs. The Press Club of India in Lutyen’s Delhi is no exception to liquor companies’ promotional activities.

In most of the pubs, clubs and bar restaurants smartly turned-out staff of popular liquor brands sets up huge LED television screens for live viewing of the latest sports event, including cricket and Jakarta Asian Game.

These young men “target” especially those customers who come with their families. While the male guests are given free drink coupons, those with children are treated to special fun activities.

To enable adult customers enjoy their drinking, their children are handed out plastic toys and whistles. In the PCI, and at many other places, an additional attraction is a makeshift studio for getting instant photos clicked with large cut-outs of sports stars and sports kits. Slogans like “Bold Khelo, England Jao” add to the attractiveness of the offer. Some companies also invite women, along with their husbands and kids, to get clicked at these makeshift studios. The picture prints are instantly taken out and presented in decorative frames.

Recently, one-year-old girl Agafya became a “star attraction” at the Press Club. She was taken to the PCI studio “to hold a cricket bat” and get photographed. Her parents (mother Army Major Charu Sharma and father Prashant Goyal, a senior official in private radio taxi cab firm) were thrilled to get clicked with their bubbly daughter whose Russian name Agafya means lady of wisdom.

As people swing to the mood to beat the heat and enjoy the game, “regular drinkers” at the PCI often invite their teetotaller colleagues to sit with them in the hope that the liquor company staff would gift the teetotaller a free coupon that will ultimately land in their pocket. Many guests even pester the liquor company staff to give more than one free coupon. Indeed, an interesting way to have more drinks without spending much.