The ADM, his wife and son have also been booked under relevant sections of the IPC. 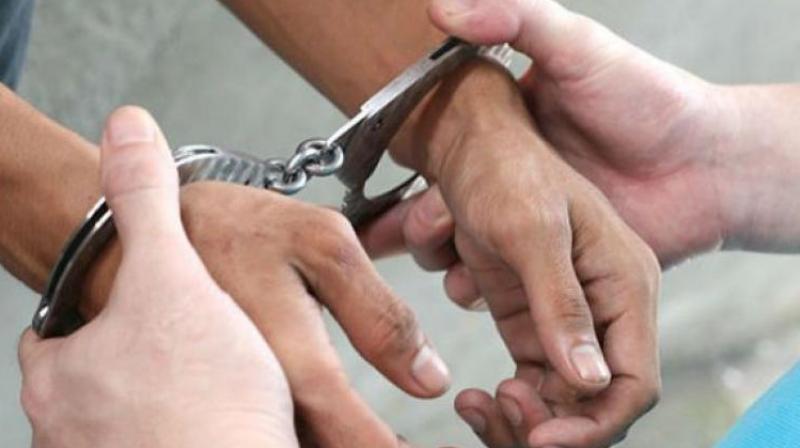 New Delhi: After commotion for a couple of days, two persons were finally arrested on Sunday on charges of assaulting and attempting to murder a retired Army colonel few days ago in a Sector 29 Noida park. An additional district magistrate (ADM), his wife and son are also among those booked in the case, said the Noida police.

They have been booked under relevant sections of the IPC.

One of the ADM’s gunner, Rahul Nagar (28), and his household help, Jitendra Awasthi (26), have been arrested, a police official said. “All necessary permissions were taken before arresting the government-appointed gunner of the ADM accused in the case,” the official said.

The 76-year-old retired colonel, Virendra Pratap Singh Chauhan, was arrested on August 14 on charges of molestation levelled by the ADM’s wife on the day following a spat between the two sides over alleged illegal construction by the ADM’s family.

“The ADM was getting some construction done to convert his car garage, near my house, into a guesthouse. It was illegal... I had raised objection against it,” he said in the complaint, adding that had irked the family.

He claimed that the ADM has previously served in the Noida authority and used his influence to get his complaint overlooked.

“On the morning of August 14, I was sitting in the park when the ADM’s family arrived. They were accompanied by the ADM’s gunners also. His wife started hurling abuses at me and soon all the men started assaulting me.

“The woman soon called up the police and got me arrested on false charges of molestation,” Col. Chauhan alleged in the complaint.

He was also booked on charges under Section 3 (1) of the SC/ST (Preven-tion of Atrocities) Act for hurling caste-based abuses on the woman.

On Saturday, the footage of the closed-circuit television camera installed in the park emerged in which it was purportedly seen that Col. Chauhan was being assaulted by the seven.

District magistrate Brajesh Narayan Singh took note of the video and instructed the police to file an FIR against the ADM and others involved in the matter.