The project that is a part of PMKVY will be inaugurated by the union home minister Rajnath Singh at Vigyan Bhawan on August 29. 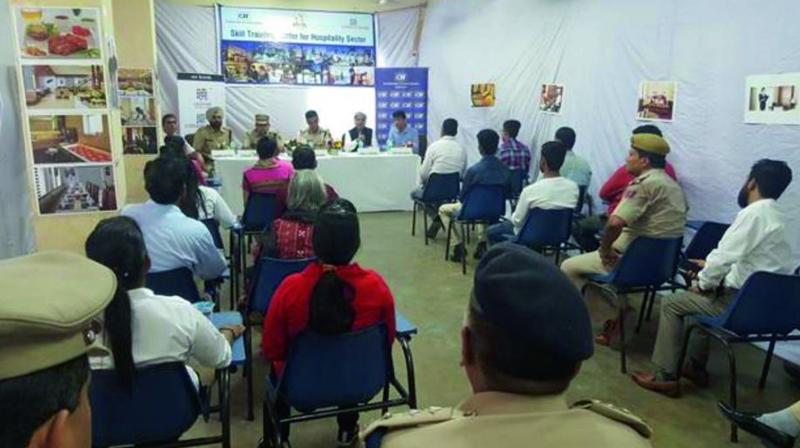 The police, however, have left out those who have allegations of serious crimes against them, to ensure security of the institutes and the trainees.

New Delhi: The Delhi police, under the Skill India initiative, will train more than 2,100 youngsters in the 16 to 25 age group, under the project Yuva, in different vocational skills. The project that is a part of Pradhan Mantri Kaushal Vikas Yojana (PMKVY) will be inaugurated by the union home minister Rajnath Singh at Vigyan Bhawan on August 29. A senior official with the Delhi police said that under the phase-I of the project they have identified five police stations- Shahadra, Katju Marg, Kirti Nagar, Lajpat Nagar and Ushmanpur.

“We have identified 2100 candidates who are living in JJ clusters, including those who are school dropouts and get addicted to drugs, for training under different trades from five police stations of the city. Youth involved in petty crimes have also been roped into the project to bring them back into the mainstream so that they don’t take to crime again,” said a senior police official. He added that these youngsters are from economically weaker sections and resort to crimes because of lack of resources to earn a living. “In the next phase, youngsters from other police stations in the city will be trained under various job oriented short term courses,” he added.

The police, however, have left out those who have allegations of serious crimes against them, to ensure security of the institutes and the trainees. “National Skill Development Corporation (NSDC) is committed to take up an initiative aimed at improving the lives of so many misguided youngsters in the country,” said Krishna Gaur, a member of NSDC, who is managing the project and co-ordinating with the Delhi police. “To provide placements to skilled youths, we are in contact with various industrial federations. We aim to provide jobs to everyone enrolled in the program,” Mr Gaur added.