Slum-dwellers battle it out for jhuggi in Delhi HC

Mr Mandal had also filed a suit claiming ownership of the jhuggi, stating that he had been residing in it for a long time. 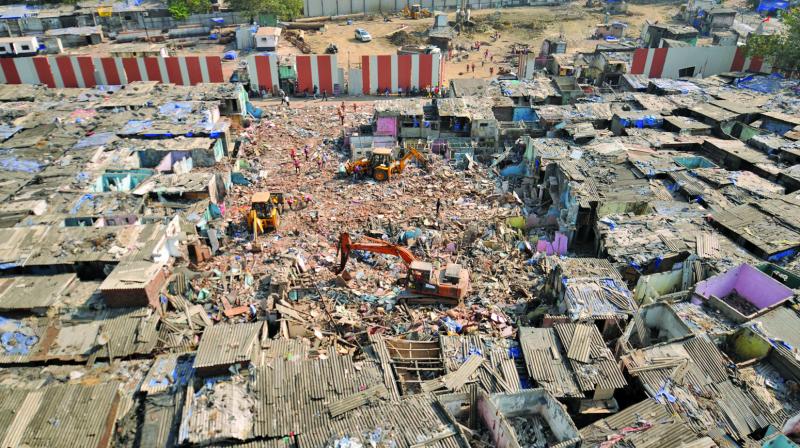 Jhuggi-dweller Murari Mishra claimed in the trial court that he had handed over the possession of his Jhuggi to one Shivan Mandal when he went to his native for solemnising the marriage of his daughter. (Photo: Debasish Dey)

New Delhi: Have you ever heard of jhuggi dwellers fighting for a title? One such interesting case was brought before the Delhi High Court by a slum-dweller seeking handing of a Jhuggi to him.

Jhuggi-dweller Murari Mishra claimed in the trial court that he had handed over the possession of his Jhuggi to one Shivan Mandal when he went to his native for solemnising the marriage of his daughter.

But when he returned, Mr Mandal refused to return back the jhuggi to him. Mr Mandal was only a licencee of jhuggi without paying any licence fee, counsel for Mr Mishra submitted.

Dismissing the lower court order, the high court said: “The counter-claim of the respondent/counter-claimant filed could not have been decreed by the learned appellate court in the absence of documentary evidence proving the title in his favour.”

“On the basis of the averments made in the pleadings or evasive denial or absence of specific denial, the court cannot presume title on the respondent for the simple reason that no title can be conferred on the basis of oral testimony or admission made in the pleadings. Title has to be proved by unimpeachable documentary evidence which is lacking in this case,’’ the high court said,

“Without there being any title vested in the respondent/counter-claimant, the first appellate court could not have passed a decree for mandatory injunction thereby directing the restoration of possession of the suit property to the respondent/defendant on the basis of so-called admissions,” the high court stated.