The social activist said she disconnected the call and downloaded a phone call recording application before calling back on the same number. 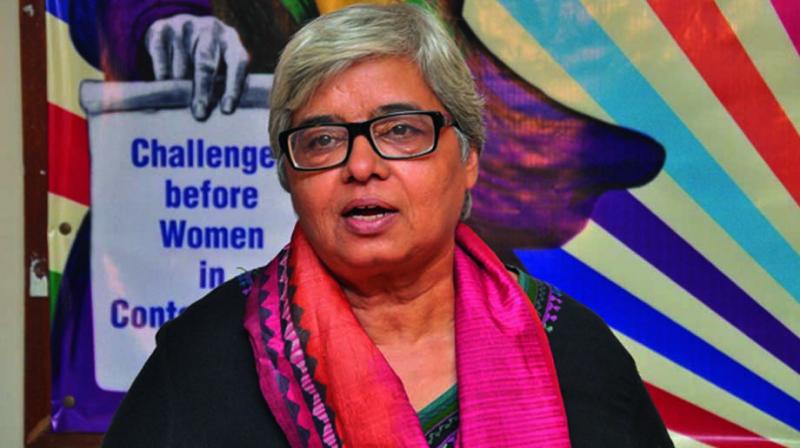 New Delhi: The Delhi police arrested a 41-year-old man for allegedly threatening to kill social activist, Shabnam Hashmi, in an “encounter” while claiming to be a police officer.

The accused, Harender Malik, would call random numbers after consuming alcohol at night in the hope of talking to women, said Romil Baaniya, deputy commissioner of police (Southeast).

Hashmi had written to Delhi police commissioner, Amulya Patnaik, and said that a man who called her identified himself as sub-inspector Sandeep Malik from the Lajpat Nagar police station.

Hashmi is co-founder of NGO Pehchan, which runs sewing classes. She said a woman, who learnt sewing at her centre, told her that her husband got a call from the police on July 14 asking him to appear at the Lajpat Nagar police station.

The man, an autorickshaw driver named Mohd Haseen (38), got scared because the “policeman” did not give him a reason and just asked him to appear at the police station at the earliest, she said. Hashmi said when she called the number to know the reason why Haseen was summoned, the “policeman” hurled abuses at her.

The social activist said she disconnected the call and downloaded a phone call recording application before calling back on the same number.

“In the initial conversation, this man was quite abusive. Since I did not have a call recorder on my phone, I disconnected the call and downloaded a call recorder,” she said.

“I was directly threatened and told I would be killed in an encounter. I was told that there is the new law that states whoever does not have an Aadhaar card and address proof should be culled out/surrounded and killed,” she said. She had also alleged that the man seemed to be drunk.

The man was nabbed on Wednesday from his house in Uttaranchal Colony in Ghaziabad, Uttar Pradesh, said an officer. The mobile phone that he used for making the phone call has also been recovered.

During investigation, it was found that the mobile number was registered in the name of Malik’s previous employer. The accused is not a police officer but an expert knitting machine mechanic, said the DCP. He is unmarried and had a tendency to call random numbers. If the call was received by a woman, he would talk in an “obscene or vulgar” way with them, the police said. The accused saying he calling from the police force