The allegation against Azad was that he endorsed the defamatory allegations made by Kejriwal and claimed he had raised the issue in 2007. 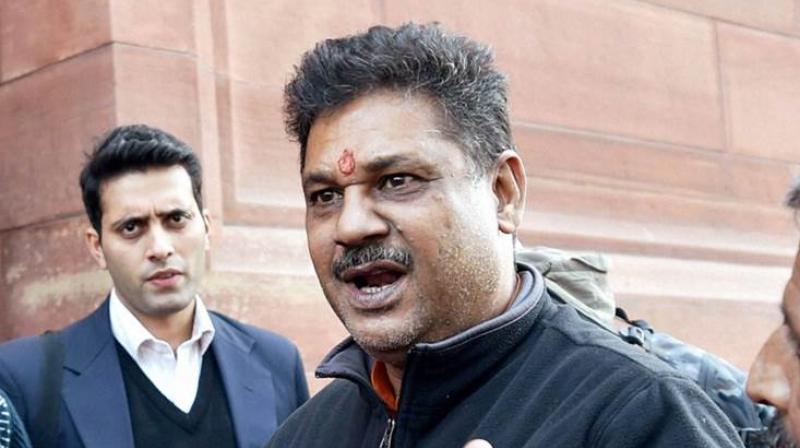 New Delhi: The Delhi High Court on Thursday extended its interim order granting exemption to suspended BJP MP Kirti Azad from appearing before a trial court in a criminal defamation complaint filed against him by DDCA and cricketer-turned-politician Chetan Chauhan.

"The interim order is extended till the next date of hearing, November 16," Justice Sangita Dhingra Sehgal said.

The court also directed the Delhi and District Cricket Association (DDCA) and Chauhan to file their responses within four weeks on Azad's plea seeking quashing of the complaint against him.

The high court had on March 24 exempted Azad from appearing before a trial court but refused to stay the proceedings in the court which had granted bail to Chief Minister Arvind Kejriwal in the case.

Azad, who was granted bail on February 18, has sought quashing of the complaint on the ground that he was merely sitting beside former cricketer Surinder Khanna during a press conference and had not made any imputations against the cricketing body.

"Allegations against DDCA were made by Surinder Khanna. There is not an iota of evidence that I (Azad) have said anything. I was merely sitting beside the other members," Azad submitted through his counsel Baljeet Singh Dhir.

It was submitted that Surinder Khanna should have been named in the complaint.

The trial court had on January 30 summoned Kejriwal and Azad, saying their statements prima facie adversely affected the reputation of the cricketing body and its officials.

Kejriwal had in his application before the trial court sought dropping of proceedings against him on the ground that DDCA is a juristic person (other than a living human being) and the allegations are that he defamed the complainant.

Azad had also moved an application seeking discharge. Both DDCA and Chauhan have claimed that defamatory statements were made by Kejriwal and Azad, who himself is a member of DDCA, "to remain in the public eye and gain political mileage".

"In an interview to a news channel, Kejriwal had alleged that apart from financial irregularities, there were other major wrongdoings in DDCA, including a sex racket," the plea has alleged.

The allegation against Azad was that he endorsed the defamatory allegations made by Kejriwal and claimed he had raised a similar issue in 2007.