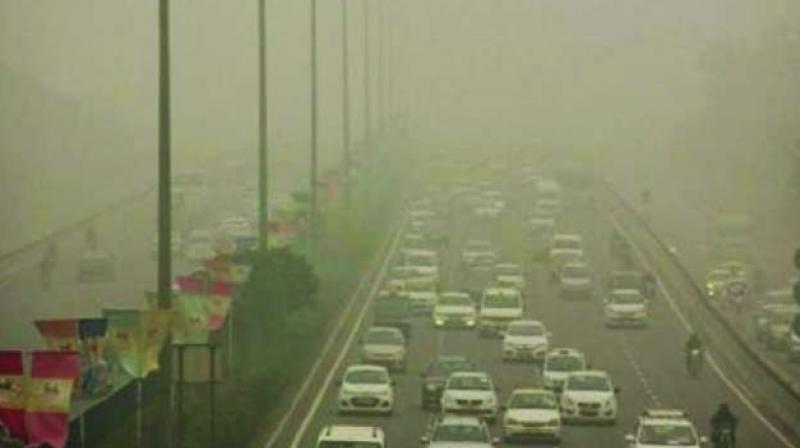 System of Air Quality and Weather Forecasting and Research

New Delhi: Delhi’s pollution level that peaked to approximately three times the severe limit prolonged for nearly a week due to abundance of bigger dust particles in air that reduced the wind speed and prevented its clearance, according to a new government report.

The PM10 level in Delhi touched a peak of 1,200 µg/m3 (micrograms per cubic metre) — which is three times the severe limit — on June 13, with Delhi plunging into an environmental emergency between June 12 and 17 owing to heavy and surface elevated dust storm originating from the neighbouring areas of Rajasthan and adjoining areas of Pakistan.

Terming the high pollution levels during this time of the year in Delhi as “unusual”, a report by Safar (System of Air Quality and Weather Forecasting and Research), under the ministry of earth sciences, said that normally moderate to faster winds in summer do not allow dust to accumulate for long, unlike in winter. However, this time even summer winds became almost stagnant because of abundance of bigger particles of dust (much bigger than even PM10, say even PM 20-50-100), which tend to reduce the wind speed and oppose its free flow.

“This was one of the major reasons for the unusually slow wind speed in this season, which made clouds of coarser particles to stay 5-6 days before rapidly getting flushed out,” said the report.

Once in Delhi’s atmosphere, the storm found a barrier owing to the landlocked geography of the city and the aerosol layers stacked for a day before the influx stopped and Delhi was enveloped under thick layers of dust.

“This made the PM10 level in Delhi to touch a peak of 1,200 µg/m3, whereas PM2.5 level reached only 240 µg/m3 (very poor). An abundance of bigger particles of dust (much bigger than even PM10) tend to reduce the wind speed towards stagnation and oppose flush out. This aggravated the situation further and was made to hang 5-6 days before getting flushed out,” it said.

The air quality improved to “moderate” level on June 17 after remaining at “severe plus” level for about a week.

This dust cover also restricted the escape of the outgoing long-wave radiations, which is getting trapped in the atmosphere, and increased the night temperature, it said.