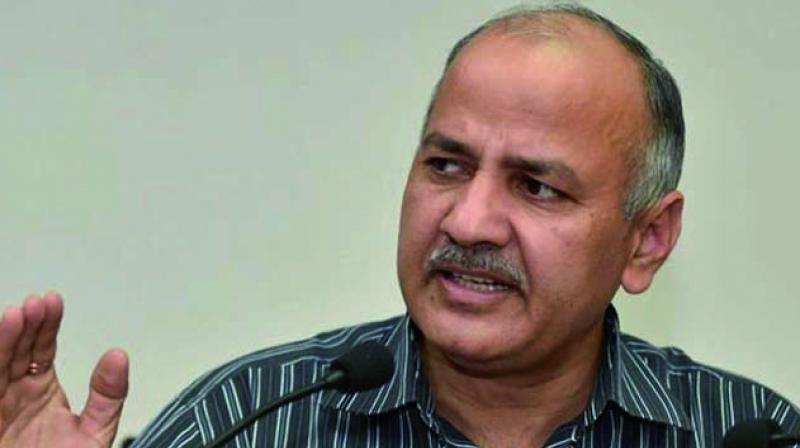 New Delhi: The nine-day stalemate between the Aam Aadmi Party dispensation on one hand and the lieutenant-governor and bureaucracy on the other that had plunged the national capital into a crisis finally came to an end on Tuesday. Chief minister Arvind Kejriwal and Delhi labour minister Gopal Rai, who were protesting at the L-G residence on Tuesday, finally left the premises and resumed work at Delhi secretariat on Tuesday evening. The L-G, who had ignored to respond to Mr Kejriwal’s and his deputy’s letters to resolve the issue, responded on Tuesday that he appreciated the CM’s appeal to restore trust between the elected government and the officers.

Earlier in the day, the Supreme Court had refused an urgent hearing on a plea seeking its direction to declare as “unconstitutional” the sit-in of Mr Kejriwal and his Cabinet colleagues inside lieutenant-governor Anil Baijal’s office-cum-residence.

The deadlock thawed after the IAS association responded positively to Mr Kejriwal’s olive branch on Monday, assuring them of their safety and urging them to come back.

On Tuesday, Mr Baijal issued an urgent letter asking the chief minister to meet IAS officers at the secretariat.

“The L-G stated that he was glad that the CM had tweeted an appeal to the officers assuring them of safety and security in their interactions with the elected government. The L-G observed that he has been informed that the officers have also welcomed the appeal and they are awaiting the CM’s presence in the secretariat to hold discussions. As such, the L-G requested Mr Kejriwal to urgently meet the officers in the secretariat so that apprehensions and concerns of both sides can be suitably addressed through dialogue in the best interest of the people of Delhi,” a Raj Niwas press release said on Tuesday.

Meanwhile, deputy CM Manish Sisodia addressed a press conference announcing Mr Kejriwal’s decision to end the protest. “The officials, even those who had been skipping work earlier, have attended all meetings that were called today. Officers have started attending meetings again and even started responding to phone calls. Hopefully, the officers will continue coming to meetings after this as well,” Mr Sisodia said.

The conflict relates to the mistrust between the elected government and the bureaucracy and the AAP government’s claim that IAS officers have been on “strike” for the last four months.

On June 11, the day he started his protest, Mr Kejriwal accused the L-G, along with the Prime Minister’s Office (PMO), of being the architect of a bureaucratic rebellion within the Government of NCT of Delhi.

“For the last four months, bureaucrats in the Delhi government have been on strike. This is the first time in the history of India that there has been such dereliction of duty and open rebellion on part of the bureaucracy. What are their demands? Even they don’t know. If you ask them, they will not be able to clearly tell you what their demands are,” Mr Kejriwal had said.

During his dharna, Mr Kejriwal got the support of various opposition parties, barring the Congress. Chief Ministers of four states – Andhra Pradesh’s Chandrababu Naidu, West Bengal’s Mamata Banerjee, HD Kumaraswamy of Karnataka and Pinarayi Vijayan of Kerala – had even gone to the LG office to meet Mr Kejriwal and his cabinet colleagues, who were staging a sit-in.

However, they were denied permission to meet the leaders sitting on dharna. They met Mr Kejriwal’s family and addressed a joint press conference in support of Delhi’s demand for full statehood. This helped the AAP regain its lost momentum and the party launched an agitation against the Centre.