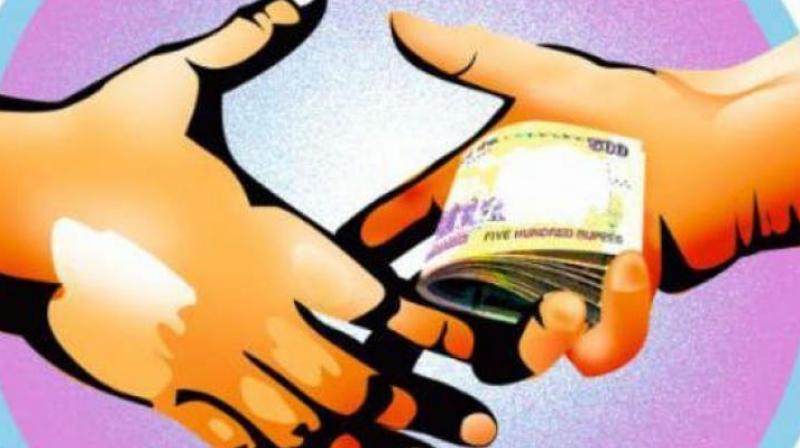 A trap was laid by a CBI team which caught Mukesh and Satyabir receiving cash from the complainant. (Representational Image)

New Delhi: A city court has sentenced two DDA officials to four years of rigorous imprisonment each for demanding Rs 6,000 bribe every month for allowing a man to run his eatery illegally in northwest Delhi.

Special Judge Ashutosh Kumar handed down the jail term to Delhi Development Authority (DDA) officials Mukesh Chander and Satyabir Singh for demanding a monthly bribe from the man, whose 'Dhaba' (eatery) faced closure after he received a notice from authorities for illegally running it.

"It is proved beyond reasonable doubt that accused Mukesh being a 'khalassi' in DDA (government servant) made demand of bribe of Rs 6,000­ per month from the complainant as a motive or reward for ensuring that no action on show-cause notice is taken against the 'dhaba' being run by complainant and his father outside their residential premises (non­conforming area). It is further proved beyond reasonable doubt that a conspiracy was hatched between Mukesh and Satyabir Singh (also a government servant), where there was meeting of minds between them as per which accused Satyabir Singh was to negotiate the bribe amount with the complainant while assuring him that the complaint would be deleted," the judge said.

In his complaint lodged on September 29, 2016, Ajay Kumar said he was running the Dhaba in Narela for 16 years. He informed that after receiving a notice from the DDA for the closure of the eatery, he visited the DDA office where its officials demanded Rs 6,000 illegal gratification every month to allow him to continue his business.

A trap was laid by a CBI team which caught Mukesh and Satyabir receiving cash from the complainant. The accused, however, denied the allegations and claimed they were falsely implicated by the complainant.

The court handed down the jail term to them for the offences of criminal conspiracy under the IPC and demanding bribe under Prevention of Corruption (PC) Act.