While one gangster was killed in the shootout between the rival gangs, the second was gunned down when police came to neutralise them. 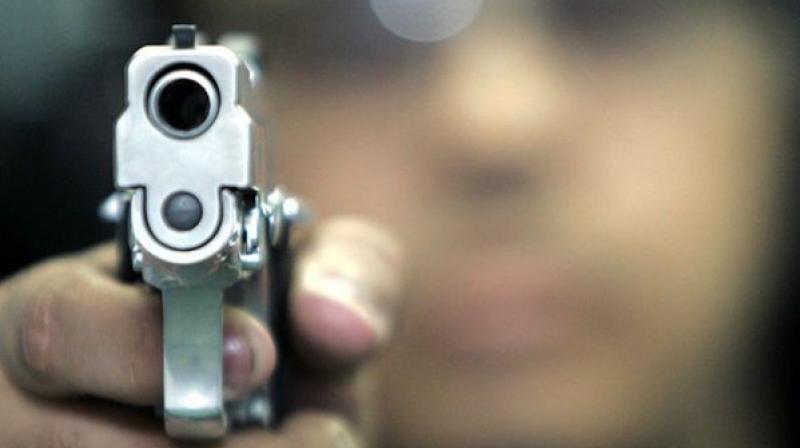 According to sources, after the Manjeet Mahal gang broke up, the gang members and former gang members got indulge in killing each other. (Photo: DC)

New Delhi: A bloody gangwar jolted the national capital on Sunday afternoon in Dwarka area  area where, two gangsters of the rival gangs were killed. The shootout looks straight out of a Bollywood flick took place beneath Dwarka Mor Metro station between Manjeet Mahal gang and his rival gang.

While one gangster was killed in the shootout between the rival gangs, the second gangster was gunned down when the police personnel deployed on Police Control Room (PCR) van came to neutralise them that happened to reach the spot in the nick of the time.

The bodies of the two slain gangsters have been taken to autopsy and officials from Crime Branch and Special Cell are believed to have rushed to the spot to trail the gangsters who manage to flee the spot. The road connecting Dwarka Mor with Uttam Nagar witnessed more than 20 round of fire. The deceased gangsters have been identified as Praveen Gahlot a member of Manjeet Mahal gang and another gangster is identified as Vikas Dalal, who had fled from the Faridabad from Haryana Police custody in October last year.

According to sources, after the Manjeet Mahal gang broke up, the gang members and former gang members got indulge in killing each other.

“Praveen Gehlot was sitting in Maruti Ritz car marked near the Dwarka Mor metro station when another car arrived. Three men came outside of the car and started firing at Praveen, giving him no time to escape. Praveen died on the spot,” said the senior police official.

“A PCR van after hearing the gunshot rushed to the spot. The police personnel warned the gangsters but they started firing at the patrolling team following which police shot three times in which one of the gangster Vikas Dalal was injured. He was rushed to nearby hospital where doctors declared him brought dead,” said the senior police official.

Joint CP Madhup Tiwari said the policeman who shot dead the criminal at the spot will be awarded and his name will be recommended for out-of-turn promotion.