Ever since the hike was announced several student bodies, trade unions and women’s right organisations have been staging demonstrations against it. 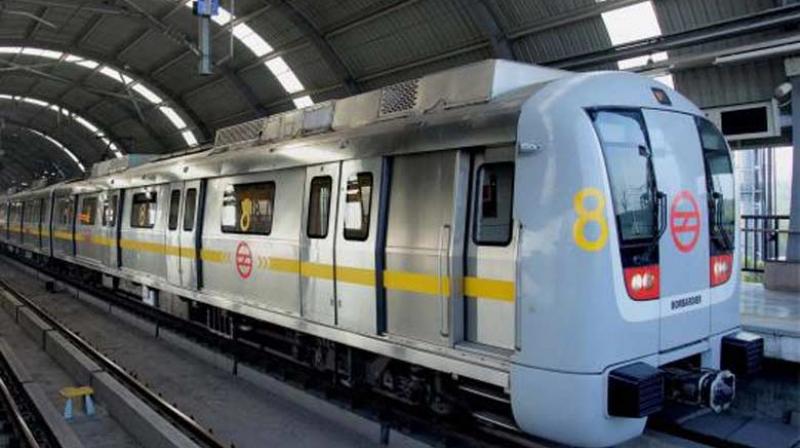 New Delhi: Left-wing students and trade unions on Friday protested outside the Delhi Metro headquarters over the hike in Metro fares and demanded its rollback. “DMRC is making profits of about 30 per cent, but the recent move shows its desperate attempt to make more profits by burdening common people,” said All India Students Association Delhi president Neeraj Kumar.

The protest outside the Metro Bhavan at Barakhamba Road was organised by the CPI-ML (Liberation), its student wing AISA and the All India Central Council of Trade Unions (AICCTU). Ever since the hike was announced several student bodies, trade unions and women’s right organisations have been staging demonstrations against it.

On May 10, the Delhi Metro Rail Corporation hiked its fares based on the recommendations of a three-member Fare Fixation Committee.

“At a time when the Delhi Transport Corporation is reeling under pressure to cater to the needs of people, the fare hike in Delhi Metro will lead to more trouble for the people in the days to come,” Mr Kumar said. He said the fare hike would lead to lower footfall in the Metro.  However, DMRC officials who met the protesters said that it was the government which has to take a call on rollback.