Metros   Delhi  20 May 2017  Elderly woman gets a ‘golden’ knee after surgery at AIIMS
Metros, Delhi

Elderly woman gets a ‘golden’ knee after surgery at AIIMS

The Gold Knee Replacement surgery was conducted at AIIMS on Wednesday. 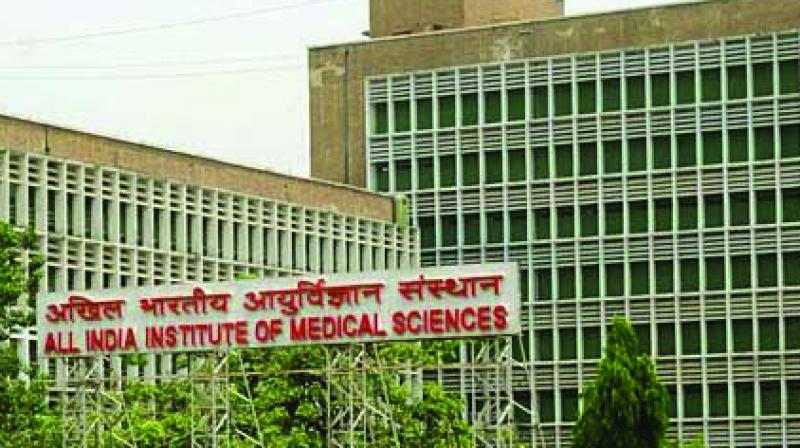 All India Instititute of Medical Sciences

New Delhi: A 60-year-old woman’s problem knee has been replaced with what what doctors call a golden knee at the All India Instititute of Medical Sciences (AIIMS). The Gold Knee Replacement surgery was conducted at AIIMS on Wednesday.

“There is no gold in the implant but it is golden in colour. It is actually colbalt chromium with seven layers of special coatings which act as a barrier between the skin and the metal which ward off allergies and infection,” Dr Rajesh Malhotra, head of the department of Orthopaedics at AIIMS and chief of its Trauma Centre, said.

The patient, who suffered from acute osteoarthritis, had undergone a conventional knee replacement surgery in 2015. She had difficulty walking, and had come to AIIMS with severe pain and pus oozing out from an infected knee.

The implant had also loosened because of which her knees were not able to bear her body weight, he said. The doctors first removed the old implant and treated the infection using antibiotics and then implanted the golden knee.

Cobalt chromium and titanium are among the most commonly used metals and alloys in implants. He said many people had allergic reactions to the various metals used in conventional joint implants, which could also lead to infection.

Cobalt chromium impants also have nickel in them which can cause health problems such as toxicity. “Gold knee is one of the best implants as its wear and tear is very low and it also prevents any allergic reaction,” he said.

It was also capable of taking on extra weight, he said. “It can withstand corrosive environment strains that all artificial knees are exposed to,” he said. The Gold Knee Replacement surgery is about three times more expensive than the conventional one which at AIIMS costs about Rs 1.5 lakh.