Rationalisation of “entry taxes” in NCR to make public transport cheaper in the region. 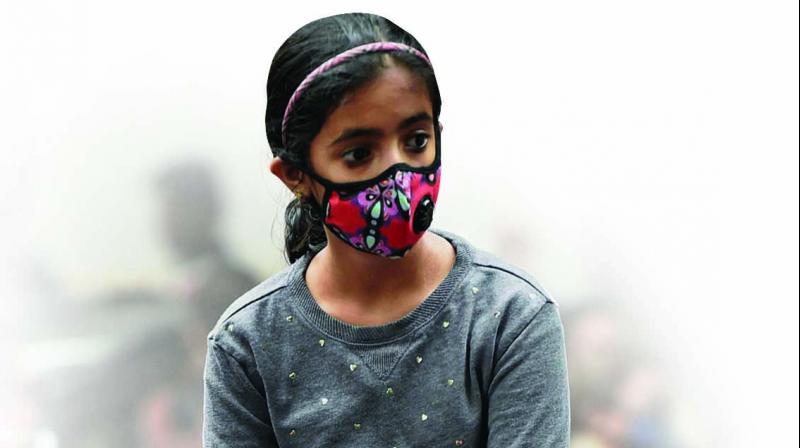 Increasing number of DTC buses to 10,000 and increasing Metro frequency.

New Delhi: The Environment Pollution Control Authority (EPCA), along with the Delhi government and CPCB, has finished drafting the “Comprehensive Action Plan”, which lists out several measures to control air pollution in the national capital.

While the plan, which has been submitted to the apex court, is based on a 2012 blueprint prepared by the Shiela Dikshit government, it also lists some fresh steps such as “vapour recovery systems fuel stations” and “rationalisation of entry taxes” for public vehicles.

The plan states that Delhi needs a drastic reduction in level of pollutants, by up to 76 per cent in some areas. The percentage of reduction in particulate matter (PM) 10 required in Delhi, Faridabad, Ghaziabad, Noida and Meerut are 74, 64, 76, 56 and 60 per cent respectively, while PM 2.5 and nitrogen dioxide (NO2) levels have to come down by 70 and 37.5 per cent in the national capital.

For this, the EPCA, a Supreme Court-mandated body, along with Central Pollution Control Board (CPCB), and the Delhi government has laid down certain fresh measures such as vapour recovery systems at fuel stations which will prevent evaporation of petrol and diesel while tankers are filled and rationalisation of taxes in NCR areas which will make public transport cheaper in the region.

A special focus has been laid on the need to augment the region’s public transport system by increasing the buses strength to 10,000 and increasing frequency of Metro trains. It also pitches for deployment of battery-operated vehicles like e-rickshaws in commercial zones.

It also envisages a sitting policy on biomedical incinerators and waste-to-energy plants.

The plan also emphasises the need to differentiate between various pollutants on the scale of toxicity and prioritise the most harmful particulate for action.

The plan has been sent to the governments of Haryana, Uttar Pradesh and Rajasthan for their review and it is on the basis of this plan, that other states will start preparing their own documents.

Other measures which have been suggested on earlier occasions include roll out of BS-IV norms, a parking policy, etc.