Petitioner failed to reply to the court’s query on whether there is any law under which the court has the power to issue any such direction. 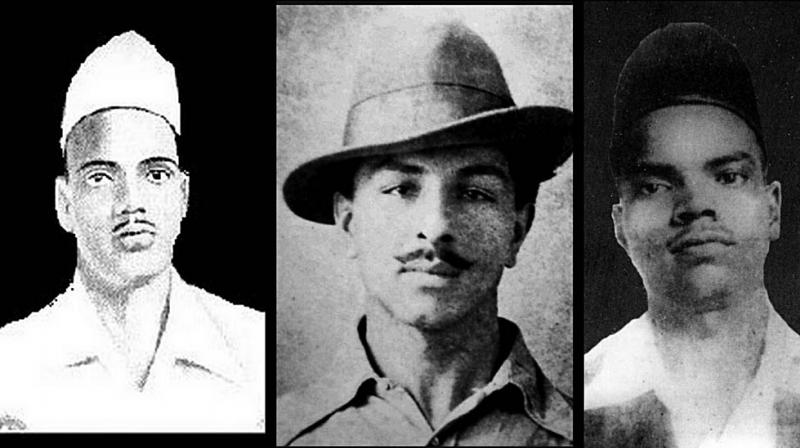 Sukhdev, Bhagat Singh and Rajguru were hanged in 1931.

New Delhi: The Delhi High Court on Monday dismissed a petition seeking that freedom fighters Bhagat Singh, Sukhdev and Rajguru be given the status of martyr, saying it cannot issue such a direction.

“The plea is dismissed. We cannot issue such a direction,” a bench of acting Chief Justice Gita Mittal and Justice C Hari Shankar said.

The petitioner failed to reply to the court’s query on whether there is any law under which the court has the power to issue any such direction.

The plea filed by advocate Birender Sangwan sought grant of ‘shaheed’ (martyr) status to Bhagat Singh, Sukhdev and Rajguru who were hanged by the Britishers in 1931.

“The grant of shaheed status is very much essential for a martyr and it is the legal right of a martyr to have such a status declared to them, thus it is an expression of gratitude towards them,” the plea said.

Bhagat Singh and Rajguru had in 1928 fatally shot a British junior police officer, John Saunders at Lahore in present day Pakistan, mistaking him for a British police superintendent.

A special tribunal was constituted by Lord Irwin, the then Viceroy of India, which had sentenced the duo along with Sukhdev to death by hanging at Lahore Jail.