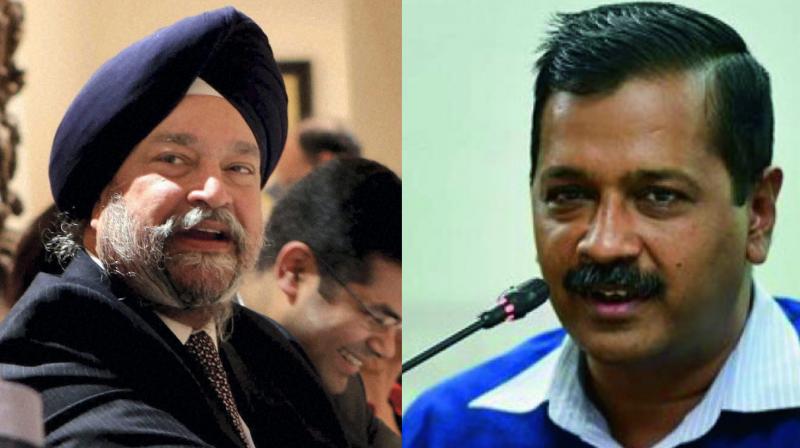 New Delhi: Ending the logjam between the Delhi government and the Centre on the recent Delhi Metro fare hike, the Union government has agreed to review the revised fares. Union urban development minister Hardeep Puri on Wednesday agreed to the suggestion of a review by an Expert Group acceptable to both the governments and invited Mr Kejriwal for talks at his convenience on the Terms of Reference of the study and related matters.

Officials said that the minister has clarified that the letter written by the OSD (Urban Transport) in this ministry to the chief secretary of Delhi stated that metro fare hike can not be enquired into by either the Delhi Government or the Central Government as per the provisions of the Metro Act and no unilateral enquiry could be initiated into other matters of DMRC, since both the Governments are equal equity share holders in DMRC.

The Union minister said, “Contrary to the public perception created, inadvertently or deliberately, regarding an enquiry into the current hike in Delhi Metro fares on the recommendations of the statutory Fourth Fare Fixation Committee and the functioning of DMRC, the above three letters, read in conjunction do suggest, I believe, a certain shared position. I am happy about this.”

According to sources, the ministry welcomed the suggestion of Mr Kejriwal for a study of DMRC in a manner acceptable to both the Governments in the context of reports of Delhi chief minister bent upon an enquiry by the Dialogue and Development Commission (DDC) of the Delhi Government, which amounted to an unilateral initiative and contrary to what has been suggested in the Mr Kejriwal’s letter of 12.10.2017.

While agreeing to the chief minister’s suggestion, Mr Puri noted “DMRC is one of the acknowledged best run corporate entities of our country for which the credit goes to the company’s management.”