The police said that Laxmi was hidden in plain sight near the banks of the Yamuna in the national capital’s Yamuna Khadar area. 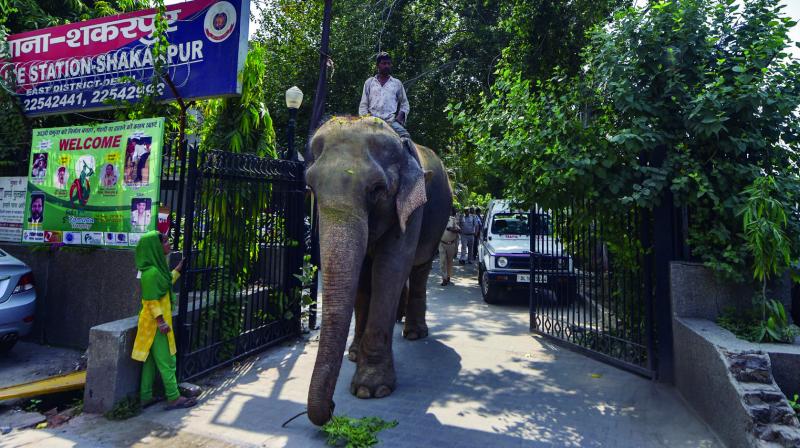 New Delhi: The 47-year-old elephant Laxmi, who went missing two months ago, was traced and found by Delhi police on the early hours of Wednesday. The police said that Laxmi was hidden in plain sight near the banks of the Yamuna in the national capital’s Yamuna Khadar area.

The police have also arrested Laxmi’s mahout Saddam, while the owner Yusuf Ali and his elder son are still at large. According to a senior police official, around 3:30 am on Wednesday, Laxmi was found along with Saddam after a long day that involved three teams of four men each combing the area, along the banks of the Yamuna in the eastern part of the city and the Uttar Pradesh-Delhi border. “Saddam was produced before a court in the afternoon. Earlier, Laxmi was kept at the Shakarpur police station but she was later shifted to the Delhi government’s nursery at ITO from where she will be taken to the Ban Santour elephant rehabilitation centre in Yamunanagar in Haryana,” said the senior police official.

The elephant belongs to Ali’s family residing in Shakarpur. Since he could not make proper arrangements for maintenance and upkeep of the animal, the forest department issued a seizure notice in February, this year.