Vishwas, who is the party's Rajasthan incharge, held a meeting of nearly 600 volunteers at the AAP office sitting on the ground. 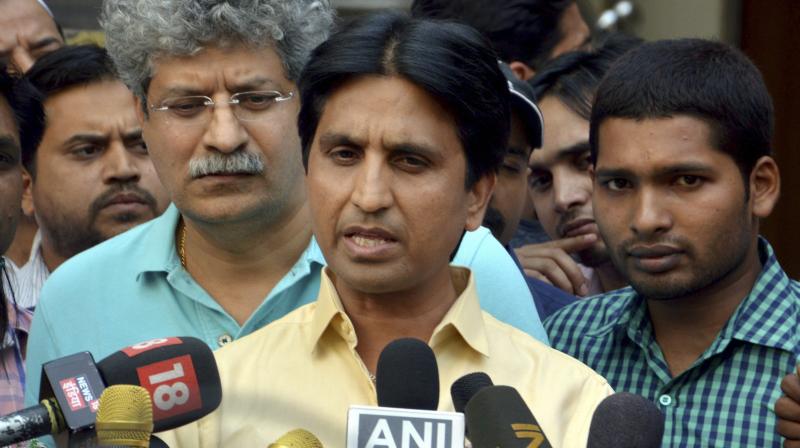 New Delhi: Aam Aadmi Party (AAP) leader Kumar Vishwas on Sunday said he never aspired to sit on a throne or occupy it, a day after he hit out at “palace politics” in the party.

Mr Vishwas, who is the party's Rajasthan incharge, held a meeting of nearly 600 volunteers at the AAP office sitting on the ground.

Addressing the volunteers, who will work in Rajasthan, he said a majority of those who attended today’s meeting have been a part of the anti-graft movement on which the party was built.

“There has been a great enthusiasm among volunteers and an attempt is being made to reach out to the last worker in the party and seek his opinion even in the ticket distribution process,” the AAP leader told reporters here. He asked the volunteers to be “observers” and not “in- charges” when they go to Rajasthan as the party gears up for state polls scheduled next year. When asked why he held meeting sitting on the ground, Vishwas said, “I have always sat on the ground. I have never aspired to sit on a throne nor occupy it.”