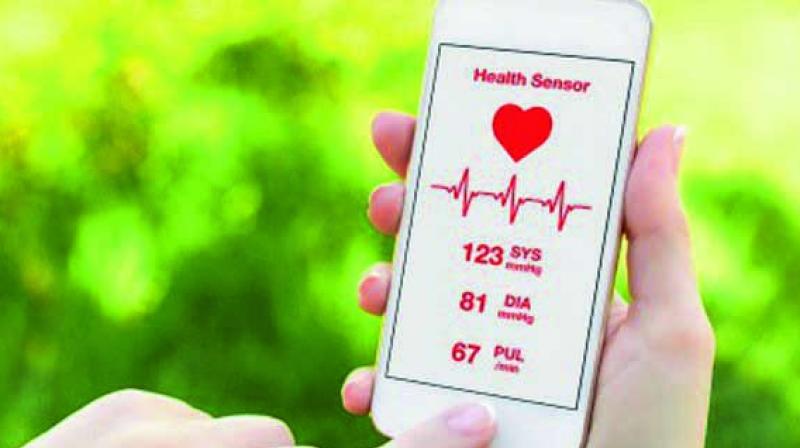 The venture has already received funding from MapMyIndia, and based out of Okhla in South Delhi.

New Delhi: Seeking to provide “smart help” to patients in accessing consultation from doctors, a city-based start-up has introduced a ‘digital assistant’ in its healthcare app which allows users to chat with an artificial intelligence-based bot.

The founders of ‘Visit’, an on-demand healthcare service online platform that provides to its users a pool of medical specialists and general physicians to choose from for consultation, said they developed this “AI-driven assistant” also to ease the burden of doctors.

“Our country is already facing a shortage of doctors. And, many a time, patients go to a general physician’s clinic, where there is a long queue, and the doctor eventually asks them to consult a specialist. What this AI bot (‘chatbot’) does is, it performs the initial screening of patients, based on the responses fed by the user of the app. It then directs the user to the general physician or a specialist, accordingly,” said Vaibhav Singh, head of growth at the firm, founded in 2016. Visit Internet Services was started by four students of BITS-Pilani, including Vaibhav, while they were in the final year of their course.

The venture has already received funding from MapMyIndia, and based out of Okhla in South Delhi.

“When a user downloads the app, he or she gets a text greeting from the bot, like ‘Hi... How can I help you’. It then asks questions, like the symptoms, and responds according to the run-time response of the user. And, then say, the user says, ‘it has skin itching or something’, then it may direct him/her to a dermatologist on our pool,” 24-year-old Vaibhav told PTI.

The chatbot or the ‘Healthcare Assistant Bot’ is a react-based chat client, and users can also ask a bot to order medicines.

“The bot is available on Android, IOS and web. We have already crossed the 50,000-mark on downloads on Google PlayStore for Android-based apps only,” he said and claimed this was the country’s first AI-integrated health app.     —