Eighteen high-end bikes and scooties have been recovered so far. 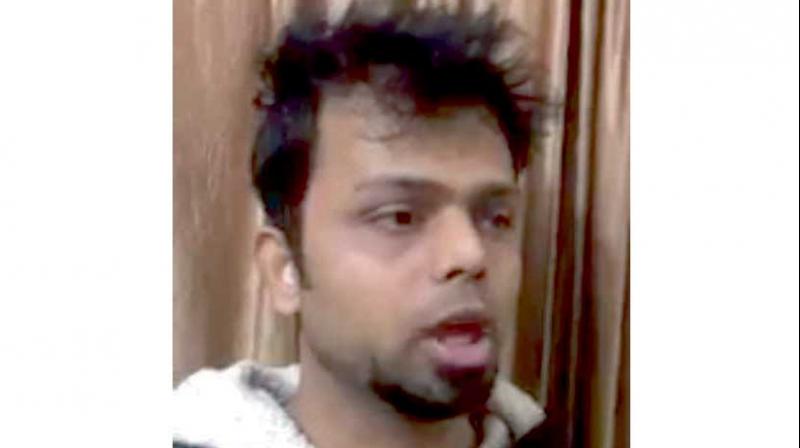 Accused made fake papers and had a godown for stolen motorcycles.

New Delhi: Beware! You could be the next victim of online fraud as distrustful sellers are merchandising stolen vehicles and electronic goods on various e-commerce websites at cheap rates.

The accused, Sarfaraj Ahmed alias Dr Anand Srivastava alias Amit Ghosh alias Ankit Sharma, has sold more than 50 stolen motorcycles on OLX, Quikr, and Click India during the last two years, said DCP (southwest) Surender Kumar, adding that he had even hired a separate room in Matiala and used it as a godown for stolen motorcycles.

The accused had gone to Warsaw, Poland, for his MBBS degree but could not complete the course.

In the wake of increasing vehicle thefts, a team was formed and they analysed call detail records of several suspected numbers that were used while selling stolen motorcycles.

“Several persons were interrogated. During this exercise, the team got to know that a well-qualified youth is also involved in such offences. On Februa-ry 18, police learnt that a young boy will come on a stolen motorcycle near MCD Primary School in Matiala, Uttam Nagar, early in the morning.

“A trap was laid near the school and a man on a motorcycle was stopped  and interrogated,” said Mr Kumar.

Initially, he tried to mislead the team and insisted that he is a highly qualified doctor. “Due to his fluent English and elite appearance, the team was a little cautious. However, on searching him, two fake driving licenses (with his photos but different names) and two fake RCs were recovered from his possession,” said the officer.

On verification, the motorcycle was also found stolen from Prasad Nagar area. He was arrested and interrogated at length. Several fake number plates, SIM cards, fake IDs, fake RCs with laptop and printer have been recovered from him. Eighteen high-end motorcycles and scooties have been recovered so far.

“During interrogation, he revealed that he is fr-om Raipur (Chhatisgarh) and his father is an accountant with the state government. After completing schooling from his state, he went to Warsaw (Poland) in Europe for an MBBS degree but could not complete the course,” the DCP said.

The accused met his wife there, who is also from Chhatisgarh, and was pursuing a similar course. They both got married in 2013.

“He shifted to Kiran Garden in Uttam Nagar in a rented accommodation but did not have any permanent job or fixed inco-me. Due to financial crun-ches, he got into stealing high-end motorcycles for easy money,” he said.

The accused used to carry out a recce of the nearby areas to spot luxury and high-end motorcycles parked on streets or outside homes in isolated places.

“During odd hours, he used to go to identify places and steal a vehicle. He removed the original number plate and fixed the fake number plate on the stolen bike,” the officer added. Since he was good with computer work, he used to prepare fake RC, DLs, and IDs using his laptop and printer.

“Then he created online IDs with numbers — obtained by using fake IDs — on portals like OLX, Quikr, and Click India to sell the stolen vehicles. After the sale was completed, the portal ID was deactivated and the SIM was destroyed. He used one SIM only once in order to remain untraceable,” added Mr Kumar.

The role of his wife is also under the scanner.