The certification will check the buildings for various factors and the structures might require rectification to meet safety standards. 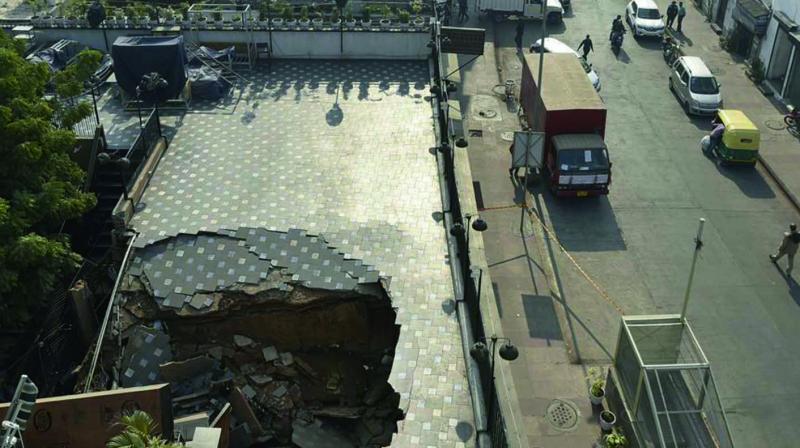 The owners can get their buildings ascertained by a variety of private players in the market, including IITians.

New Delhi: Swinging into action after two incidents of roof collapse in Connaught Place, the NDMC has issued notices to over 1,100 buildings to obtain safety and structural certificates within two weeks time. Officials said that since these structures are privately owned, the onus is on them to ensure that the buildings are safe for the public and such incidents are not repeated.

“The certification will check the buildings for various factors, including distress, overloading, and the structures might require rectification as to meet the safety standards. The owners can get their buildings ascertained by a variety of private players in the market, including IITians,” an official with the NDMC said, adding that if the certificates are not obtained it will have to resort to punitive measures.

Earlier in the month, the ceiling of Odeon Sweets in CP had collapsed but there were no casualties. This was second incident of roof collapse in the posh CP area raising alarm on the safety of building structures located in the area. Before this incident, a large portion of Connaught Place’s Block C caved in, a building that houses the famous Jain Book shop. Although this was the first such incident to have taken place in this block, it raised severe concerns about the condition of the buildings, some of which are as old as 70 years.

Concerned about the condition of the building structures in CP, the Delhi Disaster Management Authority (DDMA) had ordered the NDMC to conduct safety and structural assessment of the buildings in the area. “We had sought a re-port from the NDMC within 72 hours of the first incident detailing the threats that these structures face. The DDMA had invoked section 33 of the Disaster Management Act, under which the a certain local authority (NDMC in this case) could be authorised to figure out the ways in which the disaster could be mitigated,” an official said.

The official added that the 21 rooftop restaurants that were sealed by NDMC following the roof collapse in Connaught Place’s C-Block will remain closed till the owners do not furnish structural stability certificates.