The rare show of camaraderie comes months after the lawyer-activist floated his own political party with Yogendra Yadav as its president. 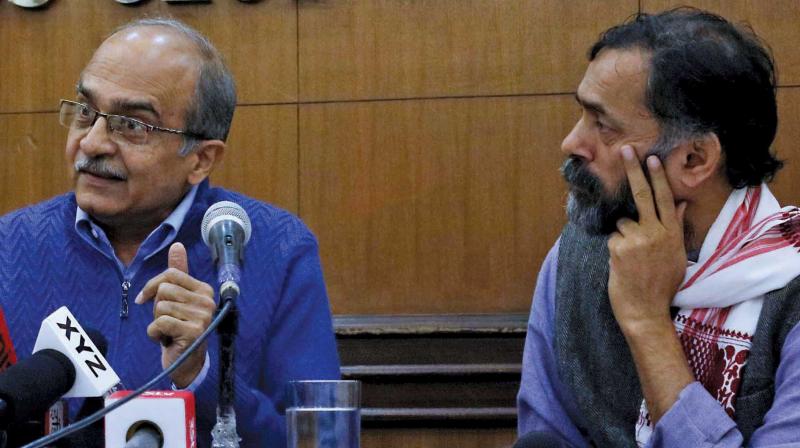 New Delhi: In a major political development on Saturday, Delhi chief minister Arvind Kejriwal received support from his former party colleague and Swaraj Abhiyan leader, Prashant Bhushan, on his demand for the establishment of a commission to probe the source of funding of political parties.

Mr Bhushan said that the move to exempt them from paying tax, while depositing old notes, will make them a medium of money laundering. He claimed that the formation of the commission, as demanded by the Delhi chief minister, is very important.

The rare show of camaraderie comes months after the lawyer-activist floated his own political party with Yogendra Yadav as its president. Less than two months after the Aam Aadmi Party (AAP) formed government in the capital, the duo faced expulsion due to alleged “anti-party activities.”

Earlier in the day, Mr Kejriwal sought to link the Union finance ministry’s decision to the meeting between Prime Minister Narendra Modi and Congress vice president Rahul Gandhi on Friday and said that the decision was an outcome of the parleys between the two.

“We demand setting up of an independent commission to probe into the bank account details of political parties over the past five years,” the Delhi chief minister said at a press conference. He also asked the BJP-led Centre to make public the details of money deposited by all political parties post demonetisation and sought removal of the “less than `20,000 donation cap” for tax exemption.

“The existing loopholes are being exploited by most of the major political parties to convert black money,” Mr Bhushan said.