The entire Delhi is looking for him,” the message on the posters stated along with a picture of Gambhir, the Lok Sabha MP from East Delhi. 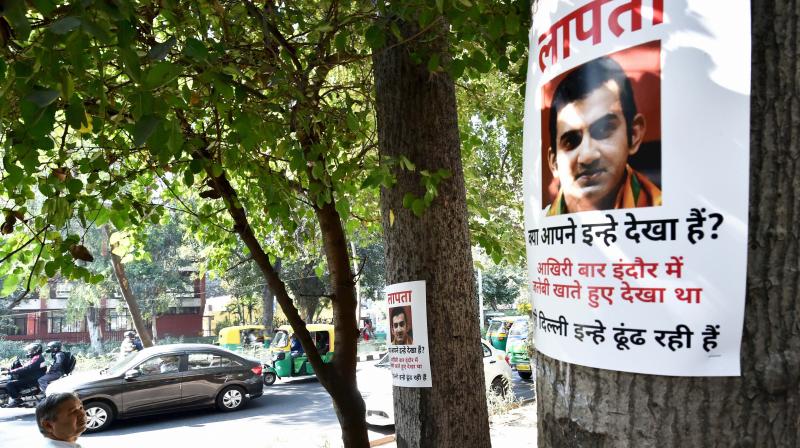 “Missing. Have you seen this person? He was last seen eating ‘jalebis’ in Indore. The entire Delhi is looking for him,” the message on the posters stated along with a picture of Gambhir, the Lok Sabha MP from East Delhi.

Pictures of Gambhir, who appears on sports channels for cricket commentary, enjoying ‘jalebis’ in Indore on the same day also surfaced on social media.

Meanwhile, a close aide of the BJP MP alleged that the posters were a handiwork of the AAP that “has not been able to digest the humiliating defeat of its candidate, Atishi, at the hands of Gautam Gambhir in the Lok Sabha election.

“The AAP and its leaders are baffled by the work done by Gambhir in a short span of five months in East Delhi after winning the election,” Arora added.