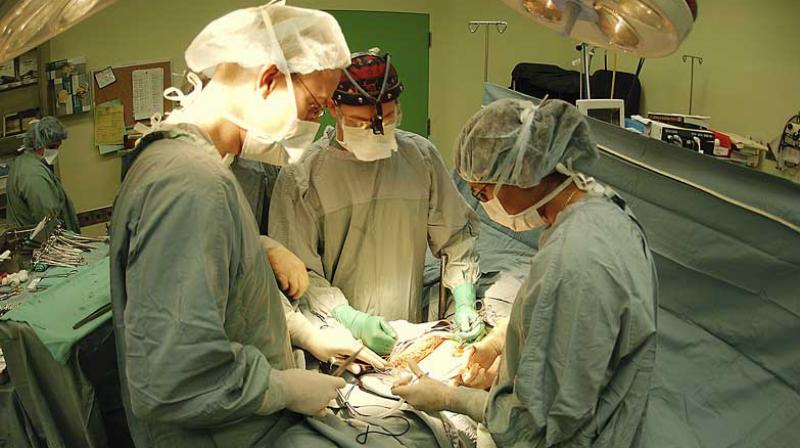 Another doctor at Sir Ganga Ram Hospital (SGRH) said that when the coronary stents were made cheaper in February this year, the manufacturers pushed old generation stents into the market.

New Delhi: Welcoming the government's decision to cap the prices of various knee implants, experts said it must also ensure that there is no negative fallout, especially on the ' quality standards of the implants, due to its decision.

It may be noted the central government had on Wednesday announced to cut the prices of knee implants by between 59 and 69 per cent using a special provision in drug pricing law that enables it to intervene in "extraordinary circumstances" in public interest.

“The capping in prices of knee replacement implants by the National Pharmaceutical Pricing Authority is welcome as it will make the procedure cost-effective and help more people to undergo such expensive treatment. However, it must be ensured that there is no negative fallout of such a decision on the quality standards,” said Dr Dharminder Nagar MD, Paras Healthcare hospital.

Another doctor at Sir Ganga Ram Hospital (SGRH) said that when the coronary stents were made cheaper in February this year, the manufacturers pushed old generation stents into the market.

“They started supplying poor quality stents. That shouldn’t happen with knee implants. The move is an excellent one if we get new generation ones,” said the doctor, who did not wish to be identified.

Dr. Nagar said that the government and NPPA should make sure that healthcare providers are given some incentive that are operating in areas that have no specialised care and have to deal with procurement of the implants, lack of vendors and making the doctors available.

“The providers that are actually bridging the gap and making healthcare affordable by making it accessible in the patients own city needs to be given the status of a positive differentiator,” he said.

The move to cap knee implants under control is expected to benefit over three-crore arthritis patients in the country needing knee replacement surgery. “The move will result in decline in the overall cost of operation of knee replacement, making it much more affordable than before. As a result, those patients who had been suffering for years, but were unable to go in for a knee replacement surgery can now choose to get such a treatment done,” said Dr. R.K. Pandey, senior consultant, Orthopedics and Joint Replacement, Venkateshwar Hospital, Dwarka.