Cold war with tech a challenge for calligraphers

This cold war with technology has kept him far away from all things mechanical, even an android phone. 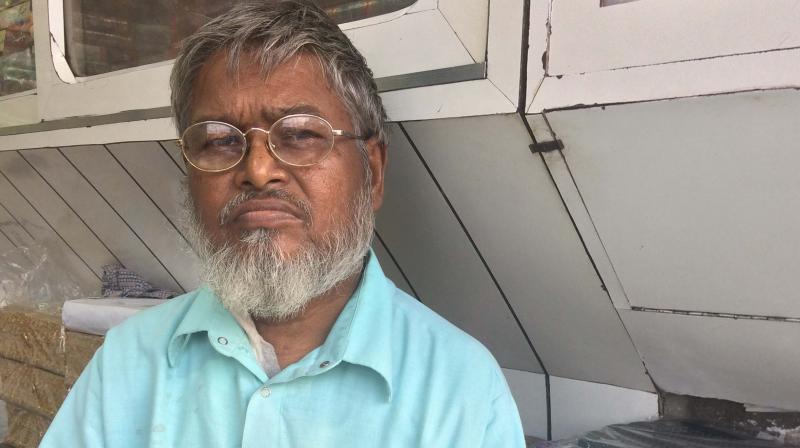 Mr Rehman came to Delhi to fulfil his dreams of becoming a Katib. In the 1980s, the city was a hub for thousands of Urdu calligraphers with 40-50 Katibs working in newspapers like Quami Awaz, Pratap, Milap, and Hind Samachar.

New Delhi: While some people are developing the world in terms of technology, they’re leaving some jobless. The computerised world has distracted us from the art of writing with hand. There is an impending doom hanging over the creative field.

A Katib (calligrapher) by profession, Adbul Rehman has lost his only source of living. His rival, a machine, does not know the extent of damage done to the former’s life and to that of many others like him. This cold war with technology has kept him far away from all things mechanical, even an android phone. These recent developments have been detrimental to the interests of many Urdu Katibs. He is one of those who have still not given up on their profession. He chooses to stick to what he started and has been resilient enough to make a living.

The unflinching hope of the 55-year-old has kept him going since 1982. Delhi was then a hub of thousands of Urdu calligraphers with 40-50 Katibs working in newspapers like Quami Awaz, Pratap, Milap, and Hind Samachar.

Originally from Basti in Uttar Pradesh, Mr Rehman came to Delhi to fulfil his dreams of becoming a Katib. In his bleak memory, he recalls his early days, saying, “I came here with some of my friends. However, none of them took up calligraphy.”

He completed his last two years of schooling in Delhi from a Madrasa in Old Delhi. To get a degree, he moved to Haryana for a diploma course. Driven by passion, the man came back to Delhi again and joined Ghalib Academy in Nizamuddin to learn the art. He worked from home, designing titles, writing on books, wedding and invitation cards alongside learning the creative art.

Calligraphy earned him well enough to survive in a town like Delhi. It used to be a respectable job, he explained. But now there is barely any work for him. His experience of 35 years has landed him in a pool of obscurity.