The police, however, say Abhimanyu Singh, 32, died in a suspected case of rash driving in southwest Delhi's Jaffarpur Kalan. 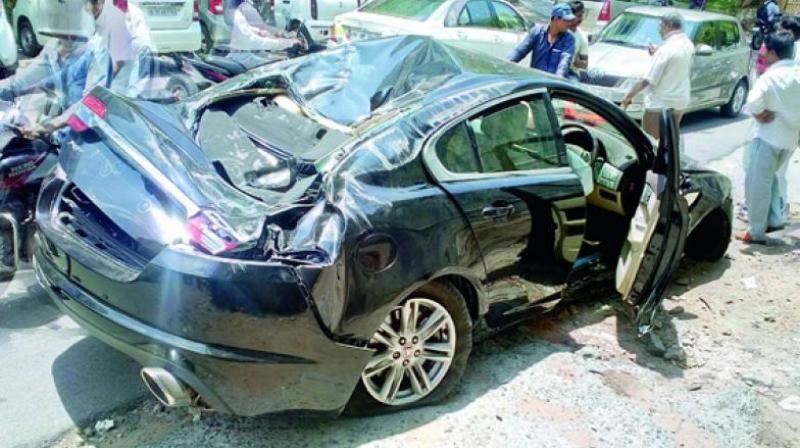 New Delhi: An engineer died in Delhi on Monday when his car rammed a tree, allegedly when he was being chased by a mob during a drive against power theft, a spokesperson of private power company BSES said. Four people in the car with him were injured.

The police, however, say Abhimanyu Singh, 32, died in a suspected case of rash driving in southwest Delhi's Jaffarpur Kalan.

The BSES spokesperson said three teams went to a village on Monday afternoon following a tip-off about large-scale power theft in the area. The teams, accompanied by Delhi policemen, came under attack and had to retreat, he said.

"The teams were chased by bike-borne goons. In the ensuing melee, one of the cars rammed a tree. Assistant engineer Abhimanyu Singh was grievously injured. He later died," the spokesperson said.

A senior police officer said adequate security cover was given to the BSES teams. "Twenty-six policemen accompanied the BSES teams. The anti-power theft drive was successful. One of the cars met with an accident. No one was being chased as per initial reports," the officer said.

A case has been filed and the four injured BSES employees have been admitted to hospital, the officer said.

In June, a Delhi policeman and three BSES employees were injured in stone-throwing by residents during a similar drive on the outskirts of Delhi.

"These are not isolated incidents. Efforts of the teams to check irregularities are often thwarted by law-defying people who function like organised gangs. Power theft has taken shape of an organised crime and active police support is needed to curb this menace," the BSES spokesperson said.

Despite efforts to reduce power theft, the electricity distribution company recovers only 30 per cent revenue from Jaffarpur Kalan, he said.

In the last five years, some 14,000 cases of power theft having a connected load of 33,000 kilowatts have been found in the area, the spokesman added.