Mr Lilothia said that DPCC will educate the people about AAP government’s failure and also launch a poster war to expose the AAP government. 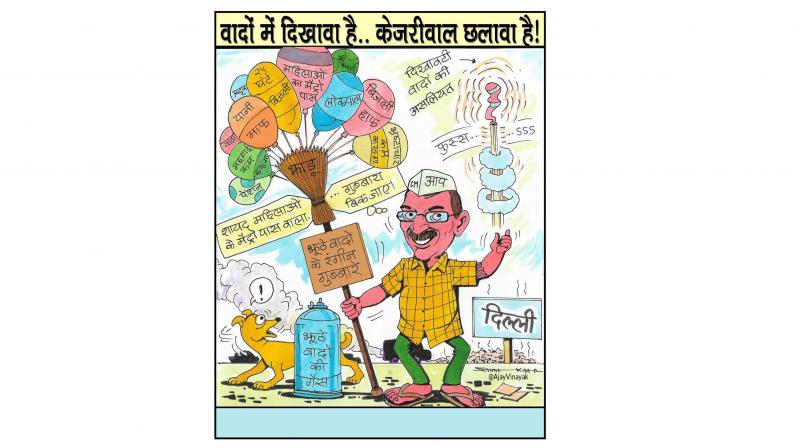 The DPCC is organising dharnas and demonstrations in all the 70 Assembly constituencies in Delhi to protest against the severe power and water shortage,” Mr Lilothia said.

New Delhi: Terming Arvind Kejriwal a “non-serious” chief minister, who is putting brakes on development works and creating confusion among people with his populist policies, Delhi Pradesh Congress Committee (DPCC) working president Rajesh Lilothia said, on Monday, that his party will launch a door-to-door campaign for the removal of the AAP government from power. He said that the party will also launch a poster war to expose the Delhi government’s failures.

“Mr Kejriwal took a decision without consulting anyone about free ride for women in Delhi Metro. When we were in power we also wanted to give subsidy to students, but the concerned agencies and authorities denied it. They said that to run a smooth Metro operation, such actions should be avoided. As we did not want to put any extra burden on taxpayers, we avoided populist policies to woo the voters,” said Mr Lilothia.

“It’s because of his immaturity and lack of vision that Metro phase-IV project is delayed,” he added.

Mr Lilothia said that DPCC will educate the people about AAP government’s failure and also launch a poster war to expose the AAP government.

“We will launch door to door campaign, initiate poster war, and online campaign against him. The DPCC is organising dharnas and demonstrations in all the 70 Assembly constituencies in Delhi to protest against the severe power and water shortage,” Mr Lilothia said.

He alleged that Aam Aadmi Party had “indulged in open loot” by including fixed charges and a pension fund surcharge in the electricity bills and said that Delhiites should not pay for power until the amount collected under these heads were adjusted in the bills.

He accused the Aam Aadmi Party government of “failure” to ensure security for women in its four-year-rule in Delhi.

“What happened to the promise of women’s security force? What has the Delhi government done to improve the last-mile connectivity?” she asked, demanding that the culprit in the case be arrested at the earliest.