Kumar also asserted that there is no scope for indulging in blame game with regard to monsoon preparedness. 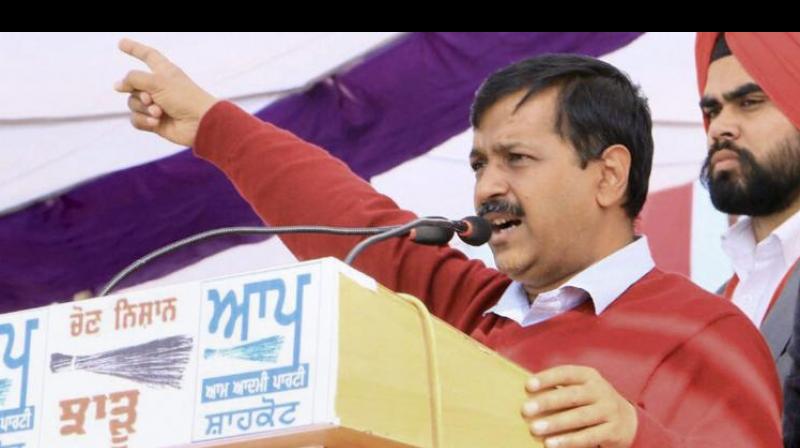 New Delhi: The war of words between the Delhi government and the bureaucracy has intensified with chief minister Arvind Kejriwal seeking action against PWD secretary Ashwani Kumar who in turn has hit back, saying “negativity and squabbling attitude” does not work in the challenging task of desilting of drains.

Mr Kumar also asserted that there is no scope for indulging in blame game with regard to monsoon preparedness. It comes close on the heels of the public works department (PWD) slapping “penal rent” of around Rs 28 lakh on the AAP for “unauthorised occupation” of a bungalow in Rouse Avenue here.

In his letter to chief secretary M.M. Kutty, Mr Kejriwal said that he had given specific instructions that the PWD secretary should himself visit important drains to ensure their desilting ahead of monsoon, but he “openly and brazenly violates” his directions.

The Delhi CM said the PWD secretary “refused” to step out of his air-conditioned office even when the health of the “entire population is at stake”.

“The chief secretary should initiate proceedings for dereliction of duty against him. CS should also personally ensure that PWD secretary visits all the drains listed by east and north Delhi mayors by this Sunday (June 18) and ensure their desilting. Visits by juniors will not be accepted,” Mr Kejriwal said in the letter.

Mr Kejriwal has directed Mr Kutty to file his report on both these points by 11am on Monday.

In a sharp response to the CM’s letter, PWD secretary told PTI that “negativity and squabbling attitude” does not work in this kind of challenging task. “I will submit the CM about the ground realities in respect of drainage system... Whatever work is being done is being continuously assessed... There is no scope for indulging in blame game in regard to monsoon preparedness.

“All agencies PWD and local bodies need to work with sincerity... Negativity and squabbling attitude does not work in this kind of challenging task,” Mr Kumar said.

The AAP government and the bureaucracy have been at loggerheads on a range of issues.