Police suspect that the deceased was under depression and are probing if it was due to a relationship gone wrong or because of some other reason. 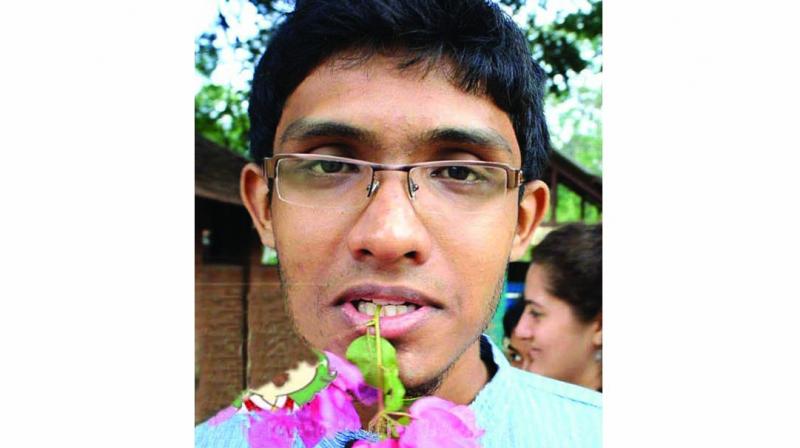 New Delhi: A JNU student on Friday allegedly committed suicide by hanging himself from a ceiling fan in a study room at the university, police said.

Rishi Joshua Thomas, an MA second year student at the English centre and a resident of Kerala, e-mailed a purported suicide note to his English professor before hanging himself, they said.

According to police, in the six-line e-mail, Joshua wrote to his professor, “From sometime, I wanted to experience the physical state of death. By the time you read the mail, I will not be in physical state. Take care of my parents.”

The police were informed about the incident around 11.30 am by the warden of Mahi Mandvi hostel, where Joshua resided. “Police reached at the varsity’s School of Languages after contacting the caller, the in-charge of Mahi Mandvi hostel,” said Devender Arya, deputy commissioner of police, South West.

The officer said they found that one room in the basement of the library building was locked from inside and there was no response on knocking the door.

“From the window, we could see a body hanging from the ceiling fan. The door was forcibly opened and the body was taken down by cutting the cable,” he said, adding a police team visited the spot and necessary investigation was conducted.

The body has been taken to the Safdarjung Hospital, he said, adding the deceased student’s relatives have been informed and his cousin Mathew Vargese has reached the university.

Police suspect that the deceased was under depression and are probing if it was due to a relationship gone wrong or because of some other reason. Joshua’s parents will reach Delhi on Saturday after which post-mortem will be conducted, police said.

In a statement, the Jawaharlal Nehru University expressed its “deep condolences at the untimely demise of an MA student in one of the academic buildings of the university”. “His parents have been informed about the unfortunate incident,” it said.

The JNU Students’ Union also expressed its condolences. “Friends we lost one of our dearest friends today. Rishi Joshua, MA second year student from English centre, ended his life. We express our deepest condolences to Rishi’s family,” it stated.

“Rishi was very passionate about his studies and had a lot of appreciation from his professors about the ideas he brought to discussions in classes. In these difficult times, we stand with his family, friends and loved ones. We at this hour need to work together to make the campus a more inclusive and comfortable space for all,” it added.