Acquisition of Chennai firm at centre of fraud investigation 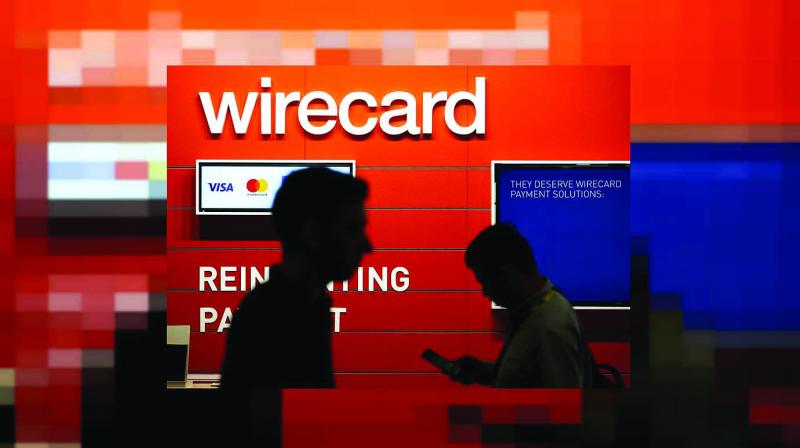 Wirecard, a star in the German stock market for more than a decade, came under selling pressure after a series of reports of a possible fraud in Indian operations.

Mumbai: Alleged fraud in the acquisition of a Chennai-based firm has come to haunt Frankfurt-listed Wirecard AG.

The German payment processing firm’s shares have slumped almost 50 per cent on reports that its acquisition of the Chennai -based Hermes I Tickets Private Ltd being investigated by authorities in Singapore for allegations of money laundering and document forgery.

Wirecard, a star in the German stock market for more than a decade, came under selling pressure after a series of reports of a possible fraud in Indian operations.

Also a lawsuit was filed in London by former minority shareholders of the Indian company claiming they were cheated out of money before Wirecard bought the firm in 2015.

According to the 2017 suit brought by Prashant Manek and Sanjay Chandi, Hermes I-Tickets was sold to a Mauritius-based buyer and then resold just three weeks later to Wirecard for at least $200 million more.

In the 2017 suit, the former minority investors claim they were duped into selling their shares in the first transaction and are seeking compensation from the previous owners, according to legal filings, which became public the last week.

Wirecard bought Hermes, which specialised in selling travel tickets, for 216 million euros ($244 million) upfront with an option to pay a further 110 million euros.

The purchase took place just weeks after the company had been sold for $40 million, according to the filings. Manek and Chandi allege that the former majority owners, Ramu Ramasamy and Palaniyapan Ramasamy, convinced them to sell their stake in the business. The Ramasamy brothers controlled 90 per cent of Hermes and haven’t yet filed a defence statement in the case.

At the time of the deal, Wirecard Chief Executive Officer Markus Braun hailed Hermes’s parent company as “one of the region’s leading payment groups,” with revenue set to exceed 45 million euros in 2015.

Hermes is also the focus of a probe by Singapore police in its investigations of the Wirecard allegations, according to a Singapore court document seen by Bloomberg.

The unit was also involved in the alleged fraud, according to a preliminary report by Rajah & Tann in its inquiry for the German company.

After a seven-month investigation, the Southern Investigative Reporting Foundation has obtained thousands of pages of documents that suggest a minimum of 175 million euros —and perhaps as much as 285 million euros—from Wirecard’s 340-million euro purchase of an India-based payment processor in October 2015 did not go to the seller.

In the fall of 2014 corporate finance officials from JM Financial Services, a Mumbai-based investment bank, received a mandate to locate a buyer for Hermes I Tickets, a modestly sized e-commerce company that derived 63 per cent of its business from selling travel tickets. Indian operations are being investigated by authorities in Singapore for allegations of money laundering and document forgery, the foundation said.

The foundation obtained a copy of the pitch book that bankers used to market Hermes Tickets to prospective buyers. For fiscal 2015, Hermes Tickets aimed to generate 22 million euros in sales and about 3.8 million euros in earnings before interest, taxes, depreciation and amortisation, or Ebitda, a standard gauge of a company’s potential profitability.

The asking price was 46.2 million euros, but no buyers emerged for Hermes Tickets that fall season or through much of 2015.

On October 27, 2015, a deal was announced. Wirecard purchased Hermes Tickets when it bought the payment businesses of its parent, Great Indian Retail Group, and a 60 per cent stake in another subsidiary, Great Indian Technology. The transaction’s price tag was 230 million euros in cash, plus 110 million euros in prospective earnout payments over three years.