AAP to strengthen base in UP, membership drive soon: Sanjay Singh

AAP will launch a massive membership drive in UP from February 23, Mr Singh said in a press conference. 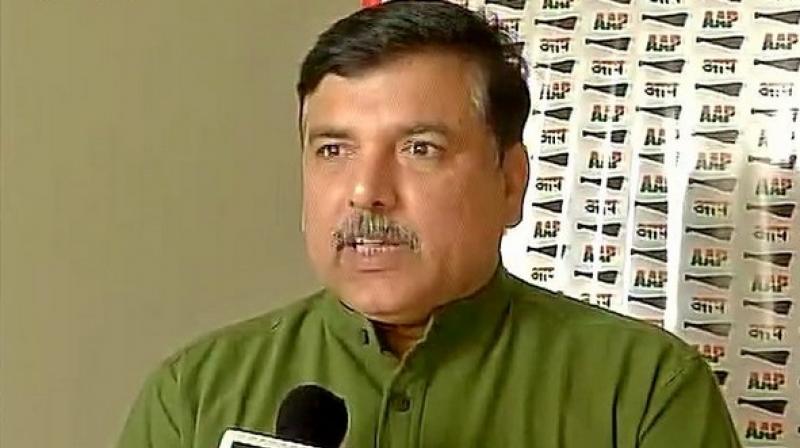 Noida: Buoyed by the thumping victory in the Delhi Assembly polls, the Aam Aadmi Party (AAP) aims to take the “Arvind Kejriwal model of development” to Uttar Pradesh (UP) and strengthen its base in the state, senior party leader Sanjay Singh said on Monday.

AAP will launch a massive membership drive in UP from February 23, Mr Singh said in a press conference.

However, he added that AAP’s immediate focus was on strengthening its base across the 403 Assembly constituencies and it was for the party’s high command to decide on whether or not it will contest the elections on them, which is due next in 2022.

“The AAP’s massive membership drive will be launched from Lucknow on February 23 and continue till March 23, where people can become members of the party by physically reaching out to our offices and getting receipts by giving missed calls or by enrolling through our website,” said Mr Singh, a Rajya Sabha member and party’s UP unit in-charge.

“Around 5,000 posters and banners would be put up in each Assembly constituency, totaling over 20 lakh across the state to talk about our model of politics and development,” Mr Singh said, adding that the party has 60 active district-level units in UP while maintaining presence in all districts.

Mr Singh said there are around dozen AAP leaders hailing from various places in UP who have been elected to the Delhi Assembly in the just-concluded polls. They include ministers Manish Sisodia, Gopal Rai, Satyendar Jain, and Imran Hussain among others.

These leaders would be felicitated in their home towns and awareness will be raised in the state regarding the “Kejriwal model of development.”

He slammed BJP for its politics of “hate” during the run-up to the Delhi polls and also criticised chief minister Yogi Adityanath over a host of issues, especially the law and order situation in the state.

Stating that Delhi has sent out a message that “politics of hate” will not work against “politics of work”, he claimed that only a party which gives good education, health care, cheap power and water and helps the cause of the common person will win.

He hit out at Yogi Adityanath over the law and order situation in the state, citing reports of minors getting raped, school children being served salt and roti in midday meals and kids dying in hospital due to shortage of oxygen.

“Yogi ne UP ko rogi bana diya hai (Yogi has made UP ill)... He stops crime only his speeches but not on the ground,” Mr Singh alleged.