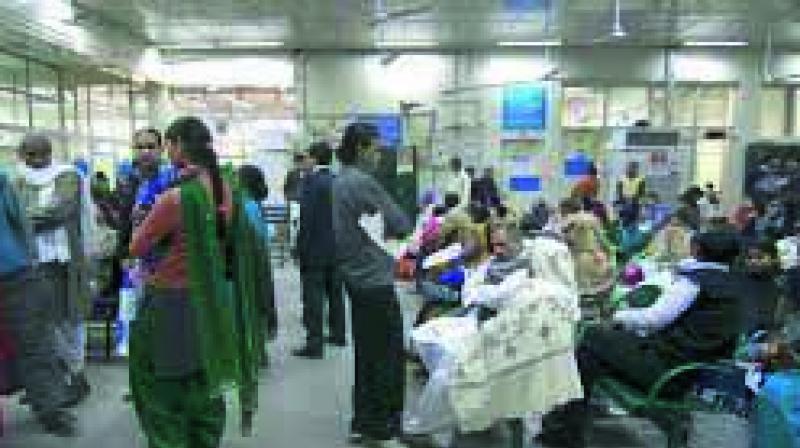 Out patient wing at the AIIMS

New Delhi: Resident doctors of Delhi government hospitals will once again stage protest against the National Medical Commission (NMC) Bill, leading to shutdown of OPD services in the city on Wednesday.

The doctors said that during the earlier strike, the central government had assured that there will be further discussions on the bill, but since then “no positive response has been received”.

The previous strike on February 6 ended after Union health minister J.P. Nadda met a doctor’s representation at Nirman Bhawan and had said that exit examination and the ‘Bridge Course’ have not been ‘finalised’, but are subject to further discussions with the standing committee.

However, in a meeting of the Federation of Resident Doctors’ Association (FORDA) on Friday, it was decided to continue the agitation.

“Even after writing many letters and holding repeated meetings with various authorities, we have not received any positive response from their side. Since today was the last day for filing recommendations regarding the NMC Bill, today’s meeting was held to decide the future course of action,” a statement issued by the FORDA on Friday stated.

The doctors said they will wear black ribbons to work from Monday onwards and the OPD services will be shut down in all hospitals from Wednesday.

The NMC Bill, which  was tabled in Parliament in December last was later sent to a Parliamentary Standing Committee. The bill sought to replace the Medical Commission of India with another body and proposes allowing practioners of alternative medicines, such as homoeopathy and ayurveda, practise allopathy after completing a “Bridge Course”.