The Left groups alleged that attempt was made to kidnap one of their woman members outside the university. 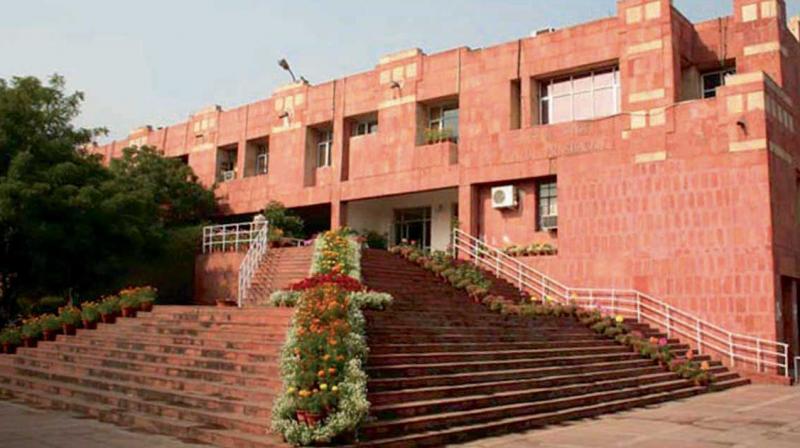 Police has denied receiving any complaints so far.

New Delhi: A high drama prevailed on Jawaharlal Nehru University (JNU) campus late Saturday night after counting was suspended. The Akhil Bharatiya Vidyarthi Parishad (ABVP) and the united Left student groups indulged in sporadic clashes as they accused each other of roughing up their members in the university.

The Left groups alleged that attempt was made to kidnap one of their woman members outside the university.

Saurabh Sharma of ABVP claimed that members of the Left bloc called 25 people armed with swords to attack them around 11 pm on Saturday. “Some of their women members even tore the clothes of some of our women members,” the ABVP said.

Meanwhile, the Left members accused the ABVP members of attacking them and making an attempt to kidnap one of their members.

“While coming from the police station after registering complaint against the goons of ABVP who violently attacked us, a car with four men, two of them with their faces covered, came with belt and started beating us,” alleged Philosophy student Satarupa Chakraborty of the Left bloc.

She further said they wanted to lynch us. This happened near the West Gate. The Left also claimed the ABVP members were stationed inside the campus armed with sticks, a charge denied by the ABVP.

Police has denied receiving any complaints so far. DCP (southwest) Devender Arya said that  the counting was continuing and police were stationed at all the gates of the university.