A recent study revealed that “pollens” are one of the major causes of air pollution in the national capital. 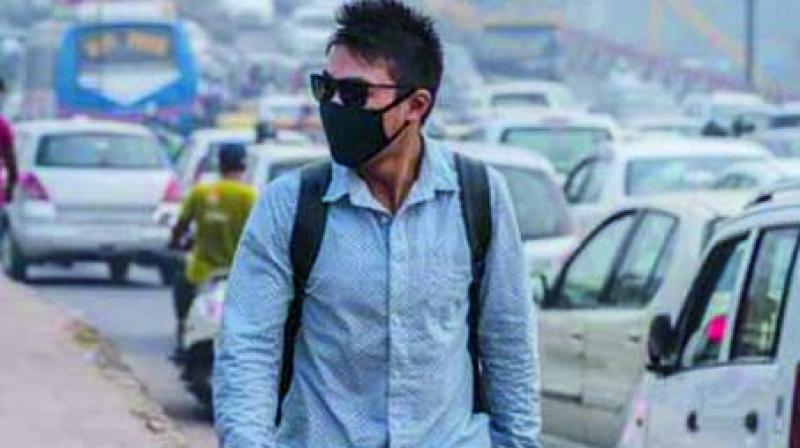 As per the study, the maximum and minimum pollen counted for the year was in the month of September (4,805 pollens) and December (1,973 pollens) respectively.

New Delhi: A recent study revealed that “pollens” are one of the major causes of air pollution in the national capital. According to a study published in the Indian Journal of Allergy, Asthma, and Immunology, not only vehicular pollution, but pollen in atmosphere is also responsible for triggering asthma and allergic reactions during the winters.

The study, conducted by the National Centre of Respiratory Allergy, Asthma and Immunology (NCRAAI) at Vallabhbhai Patel Chest Institute (VPCI), revealed that more than 30 per cent of the population is reportedly suffering from one or the other allergic ailment.

The study revealed that it is not just vehicular and industrial emissions, but pollen grains, fungal spores, dust mites, insect debris, and animal epithelial are also the major causative agents of pollution.

As per the study, the maximum and minimum pollen counted for the year was in the month of September (4,805 pollens) and December (1,973 pollens) respectively. The pol-len concentration starts increasing in the months of September, October, and November and starts declining in December.

According to professor Raj Kumar, the head of the department of pulmonary medicine at VPCI, and part of the team that carried out the study, while pollens were already recognised as an important allergen, the study helped understand its detailed effects on respiratory systems.

“With a goal to determine the correlation between the pollen count variations with the weather conditions, the study presented comprehensive insights on how the rise in pollens in spring increases the patient count in winter as well. Increase in pollen count immediately leads to increase in the number of patients suffering from respiratory problems. This is one of the main reasons why OPDs in hospitals witness more patients,” said Dr Kumar.

“Even patients with severe asthma and respiratory conditions do not know that exposure to poor quality indoor air is more dangerous to their health than outdoor pollution. Studies like this, which link pollens with increased incidence of respiratory symptoms and their effects on the indoor air quality, will surely help in increasing awareness around lesser known allergens and finding ways to control them,” said Dr S.P. Byotra, the head of the department of internal medicine at Sir Ganga Ram Hospital.