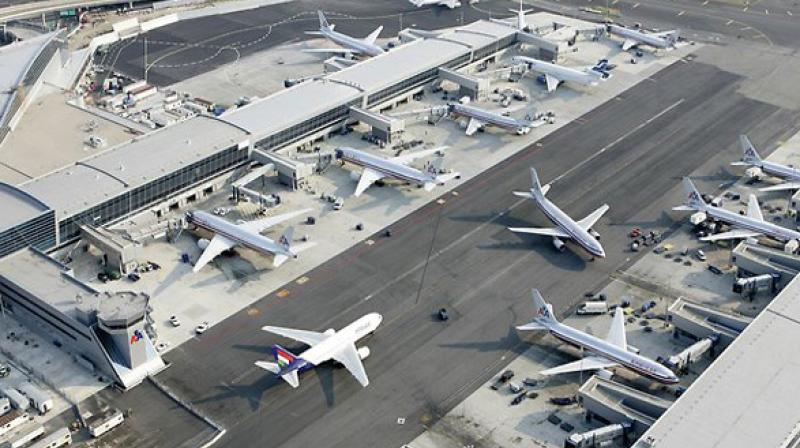 Lucknow: The Uttar Pradesh government might drop the Jewar International Airport project in Gautam Buddh Nagar on Delhi’s outskirts if the farmers do not agree to hand over their land for acquisition, a top official said on Thursday.

Chairman of Yamuna Expressway Industrial Development authority (YEIDA) Prabhat Kumar told PTI here they met over 100 farmers of six villages on Wednesday in Noida and tried to clear their doubts regarding the land acquisition.

“We met village heads and farmers of six villages, where land was proposed to be acquired for the project. They were given offer regarding land rates and other benefits. If they (farmers) do not agree, the airport project might be dropped,” he said.

“The farmers were assured that their land will not be procured without their willingness as per the instructions of chief minister Yogi Adityanath. The farmers will consider our proposal and respond. We hope for the best,” said Mr Kumar, who is also UP agriculture production commissioner.

Top officials of Gautam Buddh Nagar administration, including District Magistrate Brajesh Narayan Singh on Thursday held discussions with the farmers in Jewar to negotiate the deal. As per the offer, farmers would be given Rs 2,300 to Rs 2,500 per square metre for the agricultural land that is to be acquired for an international airport in Jewar, along the 165 km Yamuna Expressway. Jewar MLA Dhirendra Singh said if the farmers settle for Rs 2,500 per sq foot, the YEIDA would not provide them rehabilitation and other services but if they negotiate the deal at Rs 2,300 per sq foot, the authority would assist them in rehabilitation.

“However, the government will take a decision with mutual consent from the farmers. No farmer would be pressured for the land acquisition,” he added. During a visit here on August 3, CM Yogi Adityanath had held a meeting with the farmers over the issue.