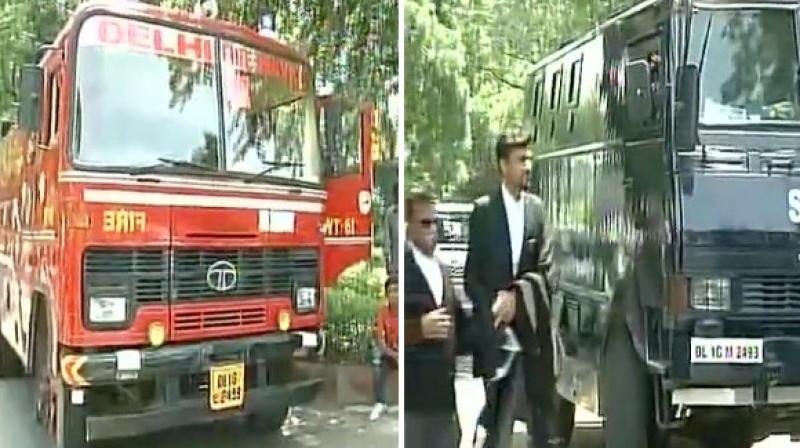 New Delhi: The Delhi Police was on Thursday sent into a tizzy after it received a call that the Delhi High Court will be blown up.

The call was received by the control room around 11 am from a man who claimed to have planted bombs inside the court complex, police said.

The Delhi Police, SWAT teams, fire tenders and the bomb squad immediately reached at the spot to avoid any untoward situation.

However, the call was found to be a hoax, they said. The police are on the lookout for the caller who has since switched off his phone.