‘Nirbhaya’ platform to give legal aid to female victims 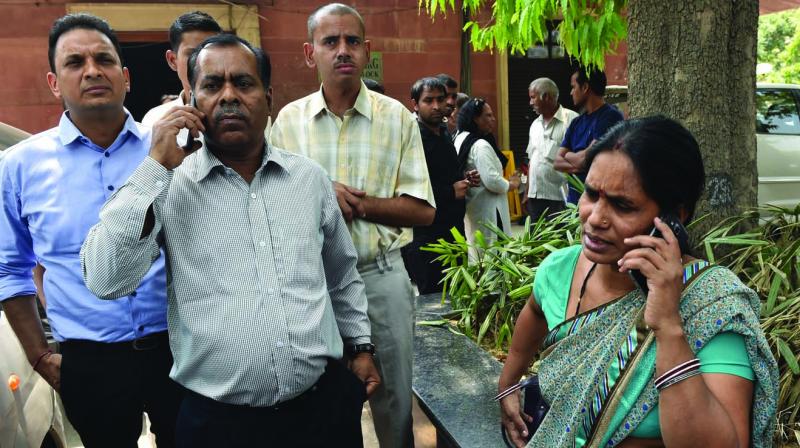 New Delhi: After having secured justice for her daughter, the mother of the victim of the December 16 (2012) gang-rape launched a platform on Tuesday, which will provide pro bono legal advice and litigation support to needy female victims of violent crimes.

As part of her initiatives under the Nirbhaya Jyoti Trust, Ms Asha Devi has launched NyayaJyoti Foundation in collaboration with LawRato.com, which is a lawyer search platform.

“My daughter got justice from the legal system. I will now strive to ensure that more daughters of our country get the same,” she said while launching the foundation.

Along with her husband, Ms Asha Devi had reached out to LawRato in March last year and was provided full legal support and representation in the Supreme Court under LawRato’s free legal aid program. The platform will provide legal assistance through their network of 4,500 lawyers present across 400 cities in India.

“Most of our partner lawyers are happy to offer their services pro-bono, if it can help impact the society in a positive way. Their support for the initiative has given us the confidence to launch NyayaJyoti,” said Rohan Mahajan, the founder of LawRato.com.

According to the statistics of NCRB (National Crime Records Bureau), there has been an increase of over 43 per cent in crimes against women from 2011 to 2015. Over the past decade (2005 to 2015), this figure has climbed 105 per cent. “Many people have contacted Asha Devi over the years, seeking help with their legal issues. We have already identified two such cases where we will be providing assistance,” said Nikhil Sarup, the co-founder of LawRato.com.

NyayaJyoti Foundation has also launched a website, www.nyayajyoti.org, where legal aid seekers can reach out and stay updated on the initiatives undertaken. Notably, the Supreme Court has recently upheld the capital punishment for the four accused in the brutal gang-rape and murder of the 23-year-old girl.