The EC has pointed out that it has no objection to running summer camps. 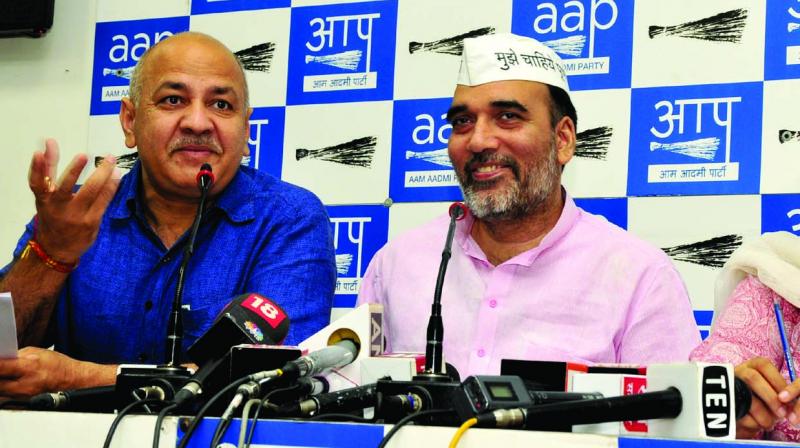 On Tuesday, the EC turned down the AAP government’s request to release advertisements about summer camps in government schools prompting Mr Sisodia to write a letter to the poll body to reconsider its decision.

The EC has pointed out that it has no objection to running summer camps, which is part of AAP government’s Mission Buniyad Programme, subject to the condition that the appeal to send their wards to the camp has to be made to the parents through schools and not through print, TV, or radio advertisements.

Mr Sisodia, who is also Delhi’s education minister, questioned the “basis” on which the request has been rejected.

“I feel extremely disappointed that the ECI (Election Commission of India) chose to look at this issue from a very narrow political lens, completely ignoring the interest of lakhs of children largely from the marginalised section of society.

“The success of the camp is contingent upon the support of parents, which is ensured through a regular reach out to them by the government using print media, TV, and radio,” Mr Sisodia said in a letter to the ECI.

“The elections will be over in the next one month, but the loss to lakhs of children cannot be compensated if you allow your unjustified decision to stay on,” he added.

Reportedly, the summer camps in Delhi government’s school, an initiative of the AAP dispensation, will be organised from May 16 to June 9 for Classes 3 to 8.