Over 1.5 acres of land has been allocated for the construction of the building. 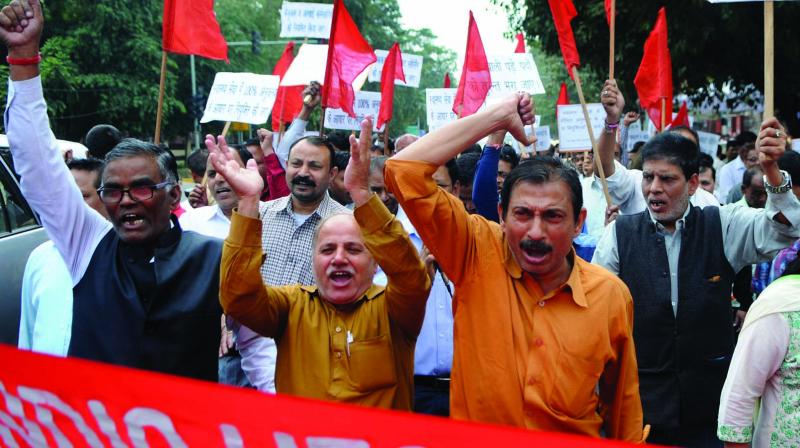 Contractual staff of RML Hospital take part in a protest to demand confirmation of their jobs in New Delhi. (Photo: Asian Age)

New Delhi: Ram Manohar Lohia Hospital is likely to get a 23-storey doctor hostel, said to be the tallest hostel building in the capital.

The building, which is expected to have more than 800 rooms, will also include a three-level basement parking which will be able to accommodate 300 cars.

Over 1.5 acres of land has been allocated for the construction of the building, which will have separate sections for male and female doctors.

Around Rs 180 crore has been approved by the Union health ministry for the project in the Central government hospital, said a senior doctor at Ram Manohar Lohia (RML).

The high-tech building will have wi-fi facilities and separate lifts for different blocks. Currently, there are 146 rooms at the hospital, accommodating only one-fourth of its 1,000 resident doctors.

The hospital authorities had approached the Union health ministry to construct a new block in a bid to address the problem as doctors perform their duty round the clock.