It all began around 3.30 pm when a team of NDMC officials arrived at Pt Pant Marg to demolish the tea stall. 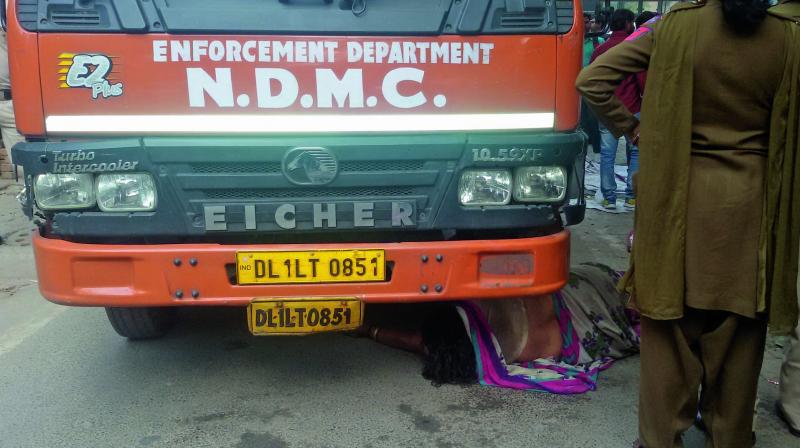 New Delhi: For 50-year-old Usha Devi, who had been running a tea stall across the Delhi BJP headquarters at Pandit Pant Marg, Thursday turned out to be a nightmare as the New Delhi Municipal Council (NDMC) demolished her stall which she had been running for over three decades. It was only after she raised a hue and cry that finally drew the attention of Delhi BJP chief Manoj Tiwari, whose direct intervention helped her retain the space to sell tea outside the saffron headquarters.

It all began around 3.30 pm when a team of NDMC officials arrived at Pt Pant Marg to demolish the tea stall.

The NDMC personnel not only demolished the temporary structure, they even lifted goods and other consumable items in their truck. The woman made a strong protest, but all in vain. The NDMC staff quickly demolished her stall.

But before the NDMC team could leave the spot, the lady created a scene by lying down in front of the the NDMC truck. Sensing trouble, the NDMC officials called the local police.

In the meantime, some BJP workers informed Mr Tiwari about the incident. He immediately asked the NDMC officials to provide him with the details of the written orders issued regarding the action they had taken against the tea-vendor. In the absence of any proper order, he told the officials to restore the lady’s tea stall.

Baffled over the BJP chief’s intervention, the officials were left with no choice but to direct their staff to restore the stall and hand it over to the lady.