The cops believe after allegedly attacking and killing his wife with a spade, Anees wrapped her body in blankets. 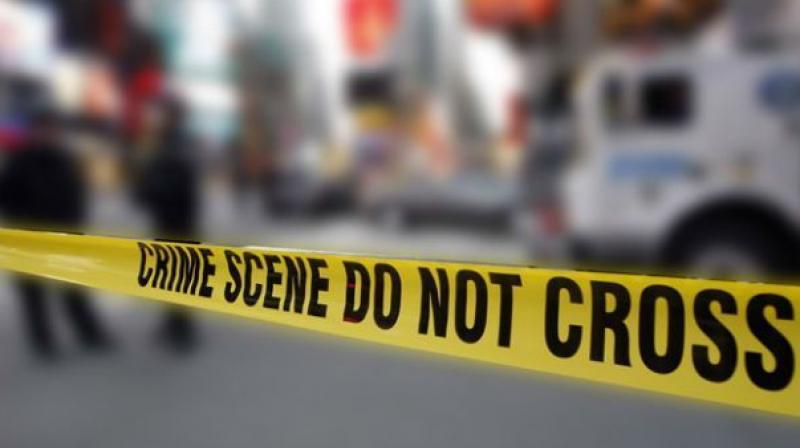 He killed her, wrapped body in blankets, stuffed it in a bag, dumped it. (Representational image)

New Delhi: A 30-year-old woman was allegedly bludgeoned to death by her husband at their home in south Delhi’s Sangam Vihar on Wednesday night.

The man suspected his wife of having an extra marital affair in the same locality, said the police.

Anees Ali, 35, was arrested on Thursday after locals spotted the body of Nargis wrapped in a blanket stuffed in a gunny bag, which was kept under the staircase of a house in the neighbourhood, said the police.

The cops believe after allegedly attacking and killing his wife with a spade, Anees wrapped her body in blankets. He cleaned bloodstains from the floor and wall and dumped it an isolated place in a nearby forest. “Some stray dogs barked at him and he got panicked fearing locals would wake up, so he hid the gunny bag under the stairway of a house,” said a senior police officer.

The couple’s two children were sleeping on the ground floor of the house when the incident happened and were unaware of their mother’s death, said the cops.

Chinmoy Biswal, additional deputy commissioner of police (south), said after locals spotted the body around 7.44am, they called the police control room (PCR). “The body had multiple sharp and blunt injuries over head, face and shoulder,” said Mr Biswal, adding a murder case is registered against the accused. A police team searched the house and found some blood marks on the first floor, which confirmed the murdered took place there. The killer wanted to destroy the evidence so he tried to clean it up, and mislead the police.

The cops said even as the woman was missing, the accused neither informed his neighbours nor filed a missing complaint. He was seen wandering in the locality when cops took him into custody.  “Anees has confessed to killing his wife in a fit of rage,” said the police.

“He told us that they had an argument over her alleged closeness with local men. Nargis was smoking when Anees picked up a spade and attacked her multiple times on head and she died on the spot,” the officer said. Her body was sent to AIIMS mortuary for autopsy.