One tunnel will also provide access to underground parking for those coming from Purana Quila Road. 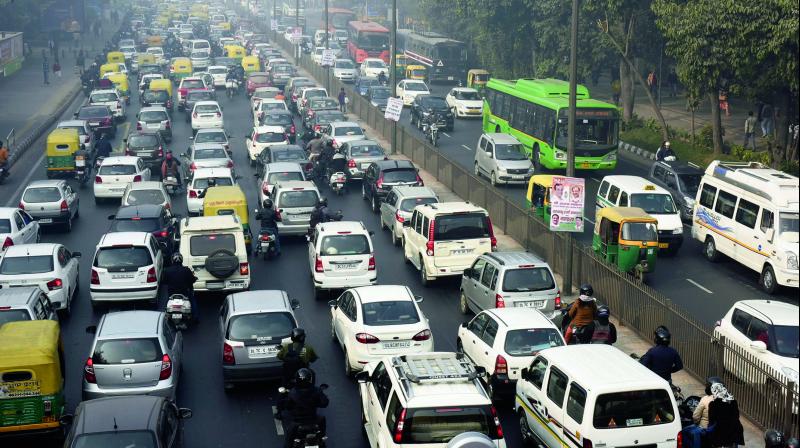 According to a report by the Delhi traffic police, at least five lakh vehicles pass through ITO-crossing and Bhairon Marg near Pragati Maidan everyday. (Photo: PTI)

Once completed, these roads will provide relief to commuters who use Bhairon Marg to reach Ring Road. The new roads will also ease traffic at ITO, Mandi House, Tilak Marg, Mathura Road and Pragati Maidan.

People familiar with the matter said that the Prime Minister’s Office wants this project to complete within two years. The PWD will execute the project, which will be funded entirely by the urban development ministry.

“Delhi Government recently appointed a consultant to conduct feasibility study in this regard,” a senior officer told this newspaper. The tunnel roads will be short — each 1 km to 2.5 km long — to make them cost-effective and allow motorists to enter and exit fast.

A senior official said that another tunnel near Bhairon Marg will allow traffic coming from Sundar Nagar to go straight toward ITO.

Yet another tunnel will be built for traffic turning right to Bhairon Marg, from which an arm will extend toward Pragati Maidan parking lot. It is to be extended to Geeta Colony bridge near Vikas Marg loop, giving central Delhi one more link with east Delhi in future.

One tunnel will also provide access to underground parking for those coming from Purana Quila Road. Further down, at Sher Shah Road crossing, underground access will be provided to traffic coming from the high court and turning right toward Mathura Road.

Traffic going to Delhi high court or India Gate from Pragati Maidan will take a loop in front of the fort and cross via a tunnel that will open up close to the Delhi high court.