Commuters faced a harrowing time as they had to pay hefty fares to reach their destinations. 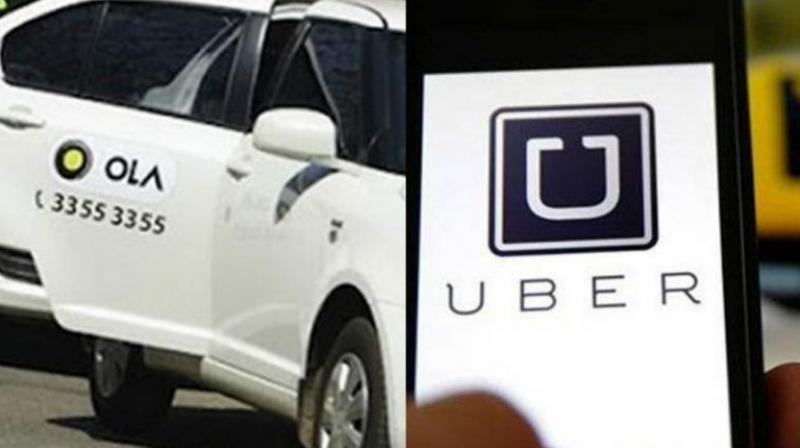 The impasse, which has crippled the transport system in the national Capital, seemed to show no sign of abating. (Representational Image)

New Delhi: The strike called by Ola and Uber drivers entered the seventh day on Thursday as talks with the Delhi government failed to break the deadlock even as the city administration has warned of strict action against violence.

The impasse, which has crippled the transport system in the national Capital, seemed to show no sign of abating. Commuters faced a harrowing time as they had to pay hefty fares to reach their destinations.

A section of drivers’ union may disrupt traffic in some parts of the city on Friday after two of their leaders, who were on a hunger strike since last week, have been admitted to the RML Hospital due to deteriorating health conditions.

There was shortage of taxis on roads during morning and evening rush hours. The Ola and Uber apps either showed no cab available or were available at much higher fares. Besides, a commuter had to wait for 20-25 minutes instead of 3-5 minutes.

Sarvodaya Drivers Association of Delhi vice-president Ravi Rathore, who is admitted to the hospital, said the union’s representatives on Thursday met transport minister Satyendar Jain, but no conclusion was reached.

“The minister has sought time to address our demands, but drivers are not ready to accept it. It has been seven days and the drivers do not want to give more time to the government,” he said.

He added, “As I and our union president Kamaljeet Singh Gill are in hospital, we can’t say what the drivers have planned for tomorrow. The strike is still on.”

Drivers in Delhi and NCR are on strike since February 10, demanding a rise in fare, which at present is Rs 6/ km. They also want that the 25 per cent commission, which the cab aggregators charge on every booking be discontinued.

The transport minister has appealed to autorickshaw drivers not to overcharge. There have been reports that auto drivers in the city had resorted to fleecing commuters ever since the drivers of cab aggregators launched the strike.

However, the Delhi Autorickshaw Sangh and the Delhi Pradesh Taxi Union have maintained that they do not support the strike as these app-based taxi services have adversely affected their business.