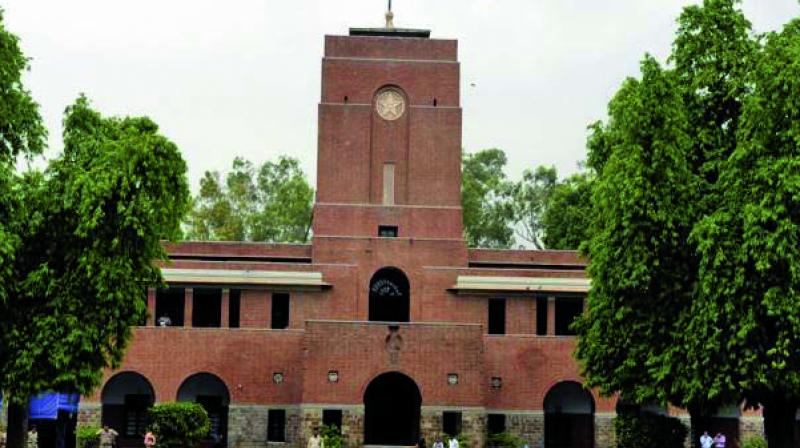 Boys from the Allnutt hostel block took the oath on February 14 at the hostel campus in a brief ceremony, which they said, is part of an ‘old-age Stephanion tradition’.

New Delhi: A group of boys of St. Stephen’s College, who pledged to advocate “misogyny” and “philandering” in a video shot on Valentine’s Day, has college authorities considering action against them.

Boys from the Allnutt hostel block, a part of Allnutt North Gentlemen’s Association, took the oath on February 14 at the hostel campus in a brief ceremony, which they said, is part of an “old-age Stephanion tradition”.

The video drew sharp criticism on social media and people also attacked St. Stephen’s college authorities for having permitted such an event.

“We the people of ANGA, have solemnly resolved to constitute ANGA into a paramount egalitarian fellowship and to secure to all its members-justice, social, sexual and sentimental liberty-to philander exclusively with men, equality of status and opportunity and to promote among them all misogyny assuring the dignity of the individual and the unity of ANGA. Hail ANGA!” the students are heard saying in chorus in the video.

“Pinjra Tod”, a group of female students fighting against discriminatory hostel rules for girls, also condemned the video. “What makes the bigotry of spaces like St Stephen’s especially complex, is the fervent belief that within these allegedly liberal walls, questions of equality are pointless and passé,” members of the group said.

College principal John Varghese, when contacted, said he was unaware of such an event. “There is no such tradition and I’m not aware of any such event held on campus. If such a thing has happened, the students concerned will have to face action. We are looking into the issue,” he said.