Only one woman judge in SC out of 28

With the new appointments, while the total strength of judges in the apex court goes up to 28 out of a sanctioned 31. 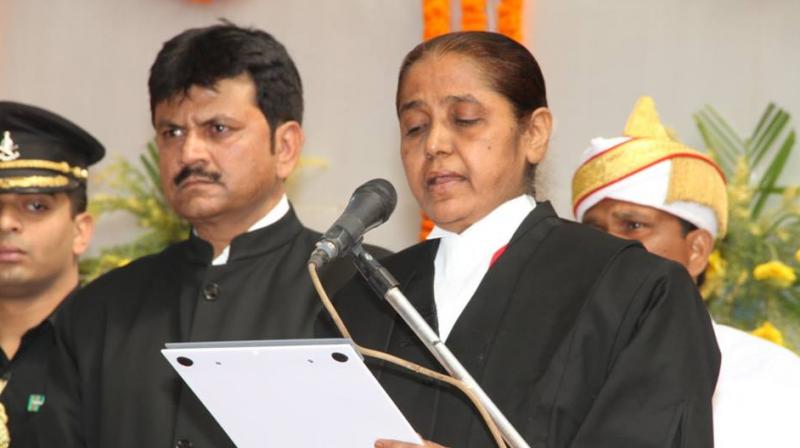 New Delhi: There is no woman judge among the five new judges appointed in the Supreme Court who were sworn-in on Friday.

With the new appointments, while the total strength of judges in the apex court goes up to 28 out of a sanctioned 31, there is only one sitting woman judge, Justice R Banumathi.

Sources said women Chief Justices of two High Courts who were in the reckoning could not find favour with the five senior-most judges of the Supreme Court who are part of the Collegium for selection of judges for higher judiciary.

Senior advocate Indira Jaising said it is very difficult to understand why the women Chief Justices of two High Courts were not considered.

"I fail to understand why there is an all-male team.

There is no explanation coming from any authority, whether it is the Supreme Court, the Government or the President on why no women judges have been found fit to be a Supreme Court judge," she said.

Some women lawyers also expressed concern over the issue but declined to make any comment on record, saying "this has been happening every time."

The development leaves the apex court with only Justice R Banumathi as the sitting woman judge, who was appointed in August 2014 when another lady judge, Justice Ranjana Prakash Desai was present.

Since Independence, only six women judges have made it to the apex court as judges and the first appointment was of Justice M Fathima Beevi in 1989, 39 years after the setting up of the Supreme Court in 1950.

Justice Fathima Beevi was elevated to the apex court after her retirement as judge of the Kerala High Court. After serving the top court till April 29, 1992, she was later appointed as the Governor of Tamil Nadu.

The second woman judge in the Supreme Court was Justice Sujata V Manohar who started her career as a judge from the Bombay High Court and rose to become the Chief Justice of the Kerala High Court. She was elevated to the apex court where she remained from November 8, 1994 till August 27, 1999.