Dar, who was convicted, to walk free as he has already spent 12 yrs in jail. 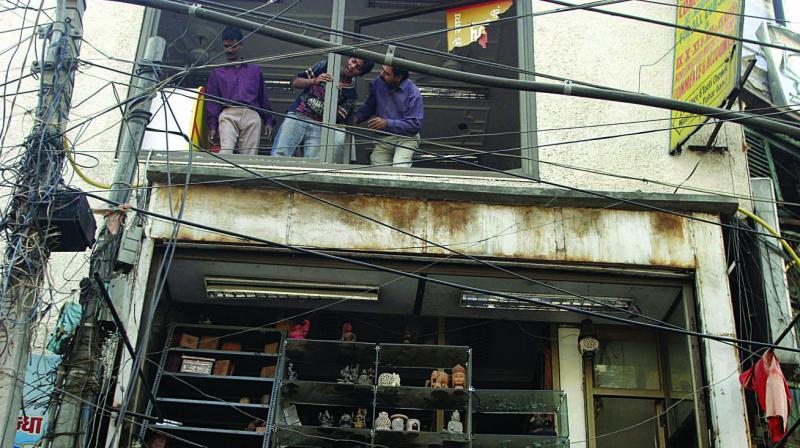 New Delhi: A court sentenced the mastermind behind the national capital’s worst serial bomb blasts to 10 years in jail on Thursday and freed two other suspects, triggering allegations that the police botched up the investigation of the blasts that had killed 67 people and injured 216.

A series of nine blasts rocked Delhi in a span of just 15 minutes. Three separate explosions ripped through crowded marketplaces in the heart of the national capital on October 29, 2005, when thousands of people were out shopping for Diwali. A second series of bomb blasts took place on July 25 in Bangalore and claimed two lives while injuring 20. The next day, on July 26, a spurt of blasts killed 56 people and injured over 200 in Ahmedabad.

The police had charged three people with murder and for waging war against the state but even the convicted mastermind, Tariq Ahmed Dar will, walk out a free man as he has already served 12 years in prison. The maximum sentence under the Unlawful Activities (Prevention) Act (UAPA), under which he was charged, is a decade in jail.

On Thursday, additional sessions Judge Ritesh Pal Singh awarded 10 years jail term to Dar for the offence punishable under Section 38 (being the member of a terror organisation) and Section 39 (giving support to such outfit) of the UAPA. The two acquitted suspects in the case are Mohammed Rafiq Shah and Mohammed Hussain Fazili.

“I am shocked with the verdict. How can the court acquit all the accused. What was going on for 12 years,” said Anil Randhawa, a victim of the blasts.

Speaking to this newspaper, Special Cell DCP Sanjeev Yadav said that the court awarded ten years jail term to the accused and it proved that our case was not weak.

“The main conspirator of the case Abu Uzefa was killed in an encounter in 2006 in Sri Nagar in a joint operation of Special Cell and local intelligence. Dar and other were only felicitating the main conspirator. We will approach the high court after going through the whole judgment,” Mr Yadav said.

“The special cell was not able to establish any link between Dar, Rafiq, and Fazli. It was not proved that Dar had hatched a conspiracy to carry out terror activities in the capital. None of the charges of plotting a terror attack can be made out,” the court noted.

The prosecution’s case was that Dar used a specific phrase, ‘Diwali ka Tofha,’ which was pertaining to the serial blasts. But the court said that the call was recorded after the blasts and asked that why would the accused make such call to inform his aide as the matter was already widely covered by the media.

Sushil Bajaj, the counsel appearing for the accused, said that the police had no evidence against his clients. “The Special Cell arrested them only on the basis of the call detail records. They had no other evidence to support their case. Police failed to produce evidence against Rafiq and Fazli. Their case was weak from the beginning,” he said.

Enraged over the verdict, families of the victims said that they would file an appeal against the verdict as justice for them was both delayed and denied. “It seems that the police had either caught the wrong men and missed out on the actual culprits, or they failed to gather the necessary evidence,” said Kuldeep Singh, a bus driver who had saved scores of lives by evacuating passengers when he found a bomb.

Dar was working as a sales representative of a multinational firm when he was arrested by Delhi police from Kashmir on November 10, 2005. A father of two girls, Dar lived in Solina in Srinagar and was returning from work to his pregnant wife when four policemen in civilian clothes caught him.

The police had accused the BSc graduate of serving as the spokesperson, finance manager, and conspirator of Lashkar-e-Taiba. Rafiq, an MA student at the Kashmir University, was also arrested from Srinagar on November 22. Fazili worked as a shawl vendor in Srinagar before he was accused of terror activities. The police had claimed that he served as the link between his co-accused, Dar and Rafiq.

The first blast took place at Paharganj near the New Delhi railway station at about 5.40 pm on October 29, 2005. The bomb had reportedly been planted on a two-wheeler parked outside a chemist’s shop. The blast left the area littered with blood, glass shards, and twisted metal from destroyed bicycles and two-wheelers.

The second blast blew up a bus in South Delhi’s Govindpuri area, injuring several passengers. The passengers travelling in the bus later recalled that a man had boarded the bus carrying a bag. He had refused to buy a ticket and had got off quickly, leaving behind the bag. The alert driver and conductor had asked the passengers to disembark. The conductor had then taken hold of the bag and threw it out when the bomb in it exploded. The driver and conductor were among the few people who were injured.

The third explosion, which took place at 6.05 pm, struck South Delhi’s crowded Sarojini Nagar market and caused maximum casualties. Police said the explosive device was placed in a Maruti van near a vendor who was using a gas cylinder, which exploded as well.