Sirsa sprang to Mr Mishra’s defence even as the marshals were taking the suspended AAP leader out. 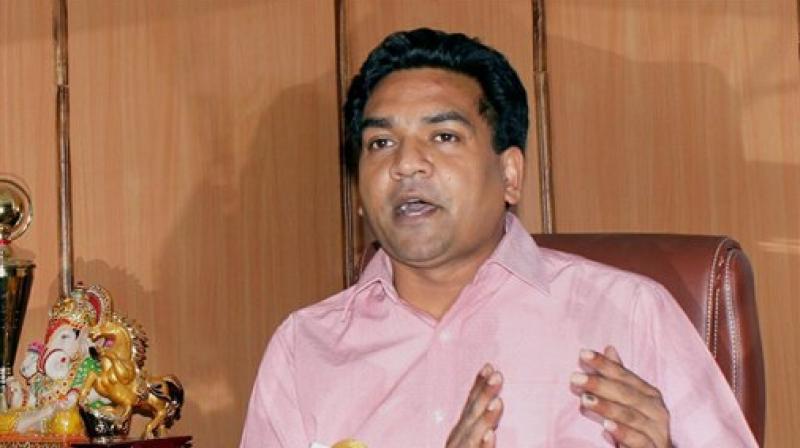 NEW DELHI: Dramatic scenes were witnessed on the second day of the Delhi Assembly on Tuesday with suspended AAP leader Kapil Mishra marshalled out on the Speakers’ orders for ridiculing chief minister Arvind Kejriwal.

BJP MLA Manjinder Singh Sirsa was also marshalled out along with Mr Mishra for “obstructing” the Assembly staff taking the suspended AAP leader out of the House and the issue was referred to the Privilege Committee of the House.

As the proceedings began, Mr Mishra held up a poster bearing an image of AAP’s Rajya Sabha MP-elect Sushil Gupta holding a snake with Mr Kejriwal’s face photo-shopped on it. Speaker Ram Niwas Goel objected to it and ordered him to be marshalled out.

Mr Sirsa sprang to Mr Mishra’s defence even as the marshals were taking the suspended AAP leader out. This drew Mr Goel’s ire who ordered that the BJP legislator be taken out as well.

“I am forwarding the matter of Sirsa trying to obstruct the marshals to the Privilege Committee of the House,” Mr Goel said.

Mr Sirsa said outside the House that he was not blocking the marshals but merely asking Mr Mishra to go out.

Earlier, Mr Mishra had alleged that AAP had “sold” its Rajya Sabha seats and demanded a discussion on the matter in the House.

Later, Leader of Opposition Vijender Gupta alleged that Mr Mishra was beaten up by Delhi police personnel. The remark was condemned by the Speaker.

The three-day session had a stormy beginning on Monday as the AAP and BJP MLAs traded barbs and indulged in sloganeering over the sealing drive, leading to four adjournments in two hours and the marshalling out of two Opposition legislators.