The family of the victim said there is no change in the “psyche” of people. 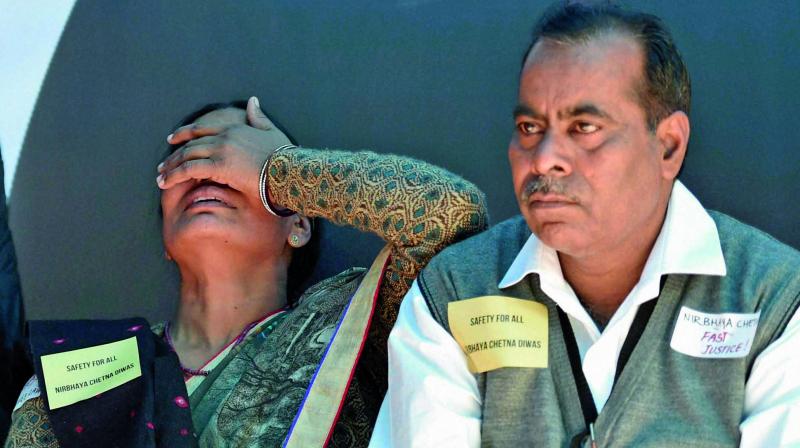 New Delhi: On the fourth anniversary of the horrific Delhi gangrape, Asha Devi, the braveheart’s mother, will be sitting at the Jantar Mantar again. With a heavy heart, she said justice is still a dream. The family of the victim said there is no change in the “psyche” of people. “People supported us a lot in our struggle for justice, but now, everyone seems to have become numb. A rape case doesn’t shock anyone as much as it did in 2012.”

Thinking of the cold December 2012 night when her daughter boarded that unfortunate bus, the mother said that the government should be prompt in making Delhi safer, “The government should look into the promises they made back then, there are many small changes they need to make. Roads need to be well-lit, police needs to be present on dark stretches and transportation should be made safer.”

The parents of the victim have dedicated their life to the cause, “We have a Nirbhaya Jyoti trust, we have a mobile application to help women who suffer. But we are helpless. We do not have funds to support our initiative. We try to help girls and their family in dealing with the police, but that is all. We don’t have resources to provide a lawyer. We are a small team of less then a dozen of people.”

Remembering her daughter and their life before that fateful day, Asha Devi said she had big dreams for the victim, “ She had a lot of potential, she would have made it big. We have shifted to a new house, but her books and belongings are still with me. She was interning as a physiotherapist. She always wanted to help others. She is gone now, and we are left to get her justice.” To break from the culture of shaming a rape victim and the stigma associated with it, her mother had last year announced on a public platform that her daughter should be referred by her real name and not a name given by the media.

“There are many who still don’t take her name openly. Her name meant the light, and my daughter has lit the hearts of thousands of citizens across the country,” she said.